Search Engine Land » Google » Google Algorithm Updates » The Decade Is Half-Over: Where SEO Has Been & Where It’s Going

The Decade Is Half-Over: Where SEO Has Been & Where It’s Going

Search engine optimization shifted dramatically during the first half of this decade. I wonder how it will evolve? Google Got Intelligent Google has always been smart. When it launched, the PageRank algorithm changed everything, so much so that Google devoured a diverse community of now all but forgotten search engines. As smart as the early […] 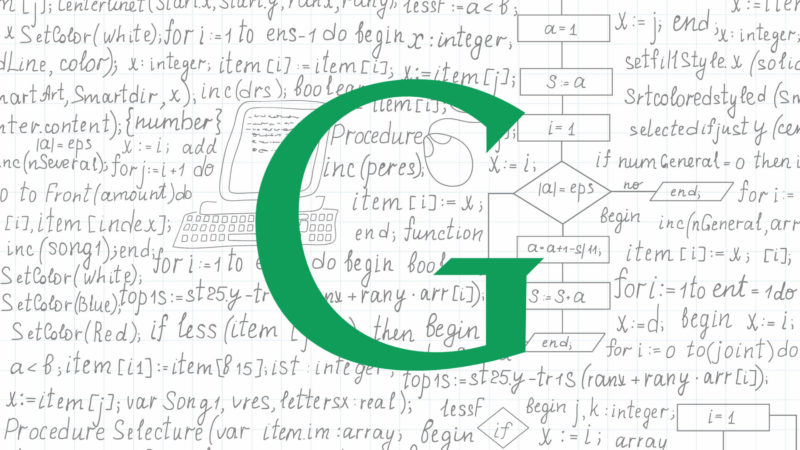 Search engine optimization shifted dramatically during the first half of this decade. I wonder how it will evolve?

Google has always been smart. When it launched, the PageRank algorithm changed everything, so much so that Google devoured a diverse community of now all but forgotten search engines. As smart as the early Google was, the pre-Caffeine Google was a shadow of this decade’s version.

Looking back, it seems much of Google’s quality assurance, protecting the search engine results pages (SERPs), depended on brute strength. Identify that which was unwanted — such as reciprocal links, directory links, paid text links, article repository links, etc. — and then write a program to recognize and deal with the webspam. This was even more true before the Big Daddy infrastructure update.

When the Caffeine indexing infrastructure went live in 2010, Maile Ohye of Google’s Webmaster Central said that “the entire web is expanding and evolving, and Caffeine means that we can better evolve with it.” She wasn’t kidding. After Caffeine launched, it appears Google got better at identifying what it likes.

For example, Google seeks content that contributes new information, ideas or thoughts to topics rather than rewriting and regurgitating what’s already ranking.

Yes, it has bigger hammers, too (like Panda and Penguin), but today Google feels more intelligent. It’s not just a beefed-up PageRank algorithm with add-on police routines.

Back to the early days: As smart as last decade’s Google was, the SEO community managed to isolate the important ranking factors long before anyone conducted a decent correlation study.

In some respects, the SEO community was smarter than Google. We just lacked the processors and storage capacity to systemize what we knew or thought we knew.

Later, Moore’s Law caught up and the cloud arrived. Companies like Majestic and Moz started crawling enough of the web in order to lift the veil and reveal big chunks of Google’s secret sauce.

You might argue that the height of SEO knowledge coincided with the launch of Caffeine. I cannot recall any mega revelations that were not announced by Google during this decade.

Is the period of discovery is over? Today, we SEOs refine what we already know and listen for Google’s announcements. At the same time, Google shares less and less.

In October, Google told us to say goodbye to PageRank — not that we were using it. They took away our keyword analytics and dumbed down the keyword tool. I wonder, as a ratio of knowledge vs. impact, do we know less now about SEO than we did at the start of the decade?

So where, after a half-decade, is SEO headed?

The Death Of SEO

When it comes to SEO, there are three types of website owners:

I see a growing number of the third type and for various reasons. Some are so caught-up in new HTML5/CSS3/JavaScript design tricks that they don’t want to do anything that could require change. Others have given-up, believing they cannot compete against well-funded brands.

Many SEOs are leaving the profession. Several are becoming content marketers or inbound marketers. They still include SEO in their work, but they’ve broadened their scope, because for them SEO is too limited.

Yes Virginia, there are still dedicated SEO specialists, but the profession seems to be in retreat.

Because Google gives brands such a huge advantage, mid-sized and small businesses find it increasingly difficult and hostile to compete against their larger competitors, especially small companies that sell nationally. Even at the startup and enterprise level, many companies are folding SEO into other positions.

Dedicated SEO professionals are definitely out there, but new opportunities for employment are shrinking. Today the dedicated SEO is pretty much an agency, independent or enterprise position.

The Death Of PageRank

Google’s announcement that it would no longer update PageRank was anticlimactic. What took them so long? More importantly, this is another example of Google removing information.

Google dumbed down the AdWords Keyword Tool. In Analytics, Google stopped reporting keyword referrals (old news). And while Google may beef up Google Webmaster Tools from time to time, the company hardly treats it like a serious software project with frequent, meaningful iterations.

Today’s mantra seems to be that any effort that does not contribute to Google’s ROI, or that might lessen PPC spend, is ripe for the guillotine.

Authorship not working out how you thought it would? Don’t fix it; drop it. Google+ +1 votes not as good an indicator as you hoped? Bye. Look for Google to find new ways to provide less.

The Death Of Keyword Targeting

Thanks to Hummingbird (and the general concept of entities), the new way to optimize web pages is to include all related keywords and variations on one page.

Prior to this development, SEO teams typically created a different page for every keyword. Google is forcing us to put lots of eggs in one basket. If you get it right, you can rank for lots of keywords, key phrases or variations. Get it wrong, though, and you sink.

At the same time, Google tells us to create new thoughts, not repeat what’s already been said. This creates a high bar for generating effective SEO content. What used to be many pages must now be one, and it has to be full of original ideas, not just original text. Ugh!

By the way: SEO agencies, take note. Google handed you a gift. Converting pre-Hummingbird content into entities is ripe for productizing. It goes hand-in-hand with Panda recovery. However, be careful not to mess up websites that continue to enjoy rankings and traffic.

The Death Of Link Building

Is link building more important than ever, or dead? Google seems to have cracked the code to enforce rewarding earned links while ignoring or penalizing placed links. (Hello, Penguin!)

Google wants you to build an audience that rewards you with links and social media shares. If your content doesn’t drive activity or conversations, don’t expect it to drive links.

Pay attention to indicators like comment activity on blogs and to social media sharing. Keep in mind, not every article, post or page will go viral. If two in ten articles drive links you’re doing well. Three in ten will put you in the hall of fame.

I do think there is a place for link builders… not the type who cold call web admins to ask for a link, but rather the winning link builders — networkers who can bring together groups that will help each other.

Even when such groups cannot move the needle alone, they can get the snowball rolling so their readers and followers become motivated to comment, share and link based on the activity they see.

The best network will trump the best content. The best link builders will be influencers who belong to a social network of fellow influencers.

The Death Of Matt Cutts

I’m not giving Matt the 21-gun salute just yet. Hopefully, after a well-deserved respite, Matt will return to his role as Google Guy, their SEO community spokesperson. I’ll hold my breath but only in one lung, as I give it 50/50.

The info Matt provides helps non-enterprise sites more than it does Google’s enterprise PPC advertisers. And because it is far more difficult to build a small business into a big advertiser today than when the wild, wild web was young and in flux, there’s not a whole lot of incentive to provide SEO help beyond official announcement and updates.

Also, independent, agency and small business SEOs are more apt to ask pointed questions or gripe than are enterprise SEOs. By not showing up, Google gets to avoid all those awkward moments.

Does Google even need to answer questions? Google’s been largely supplanted as the Google expert by other companies. Companies like Moz, thanks to their tools and research, provide more data and answers to questions about SEO than Google ever did.

Other Google employees are online and answering questions, but they’ve been doing this for some time. No one is stepping up to fill Matt’s spokesperson shoes. We haven’t seen Adam Lansik recording Webmaster Q&A videos. Don’t be surprised if we see more pullback away from public speaking by Google engineers.

Lots of questions; few good answers. I think by the end of the decade, Google will have largely finished its transition from a PageRank or link-based search engine to one that recognizes quality over authority.

However, Google loves brands; this will not change, which means large companies will continue to expand across the SERPs and make ranking more difficult for smaller businesses. Most SEO professionals will have left the field and it will really be just a line in the job descriptions of web developers, designers and copywriters.