One of the greatest marketing success stories of the last couple of years has been Cadbury, the British chocolate maker – which, at nearly 200 years old, could be forgiven for failing to grasp modern technologies to promote its brands. However, helped by some great creative work by London shop Fallon, they’ve had huge success […]

One of the greatest marketing success stories of the last couple of years has been Cadbury, the British chocolate maker – which, at nearly 200 years old, could be forgiven for failing to grasp modern technologies to promote its brands.

However, helped by some great creative work by London shop Fallon, they’ve had huge success by creating ads that people love to share. First there was The Gorilla, which racked up millions of views and countless Facebook groups on its way to driving up sales by 9%, as well as a number of interesting spoofs, including a memorable one for Wonderbra which you might not want to watch at work.

More recently there was Eyebrows – which, despite its very bizarre subject matter, has managed to acquire over 4 million views and was a fixture on most viral video charts for months, both in the UK & the rest of the world (particularly the US). Meanwhile, the accompanying Facebook page has over quarter of a million fans and is still generating user interaction, months after the ad was released.

And now, the latest Cadbury ad shows a giant head zooming round a town in Ghana, whilst the locals dance to a track being performed by local rapper Tinny (who appears out of a magic cocoa bean, obviously). The ad is to promote Cadbury’s use of fair-trade cocoa beans and the song that soundtracks it is to be released on iTunes, with all proceeds going to charity. It will undoubtedly prove to be a social smash, just as its predecessors were.

So does this mean that Cadbury is the perfect example of a social media marketer, no longer beholden to old, interruptive forms of advertising? Well, not exactly.

Whilst Gorilla may have become a viral sensation, it was first aired during the finale of the eight series of Big Brother, at a time when the show could still command approximately 14% of the UK population. So much for long-tail seeding. A specially adapted version was also shown before the 2007 Rugby World Cup final between England & France – another program with a pretty sizable audience. Unfortunately, it wasn’t enough to spur England on to a second World Cup victory.

Like Gorilla, the Eyebrow ad was also backed by high-impact TV slots, as well as a major digital campaign, including prominent campaigns with MSN & Photobox. And Zingolo, the new dancing cocoa bean video, is being advertised on everything from YouTube to bus-shelters in Dublin. 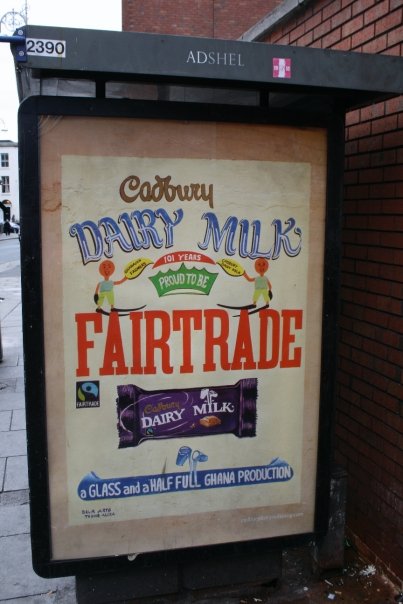 This isn’t to suggest that Cadbury’s success should in any way be lessened, or that they haven’t set out to create fantastic ads that act as entertainment content, perfect for social sharing. In fact, it shows that rather than a naive reliance on consumers spreading a message, Cadbury and their marketing partners, understand that in these days of earned media, paid media still has an important role to play.