This is the first decline in click fraude reported by Click Forensics since Q2 2009. As you can see from the chart below, the rate has increased from quarter to quarter: 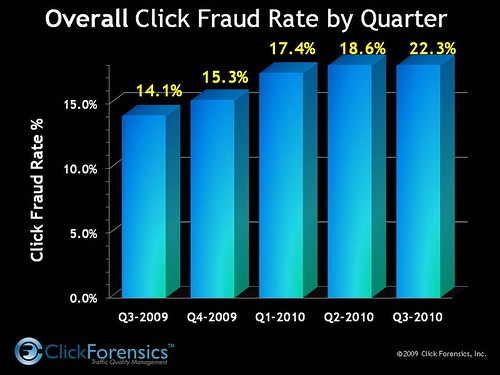 Click Forensics uses traffic from over 300 ad networks to produce these reports. Here are their key highlights: