Apple continues to improve its mapping product by adding new features and content, albeit often under the radar. Last year, reviews and content from Booking.com and TripAdvisor began to show for locations and travel destinations, especially outside the US. In June of this year, the company introduced public transit routing as part of iOS 9 […] 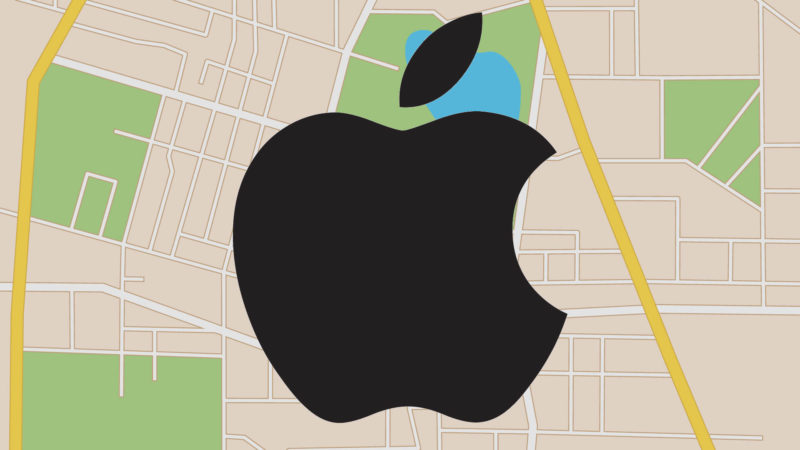 Apple continues to improve its mapping product by adding new features and content, albeit often under the radar. Last year, reviews and content from Booking.com and TripAdvisor began to show for locations and travel destinations, especially outside the US. In June of this year, the company introduced public transit routing as part of iOS 9 Apple Maps upgrades.

Today, Andrew Shotland noticed that Foursquare had been officially added as a business listings provider to Apple Maps’ acknowledgements and copyright page. It should be noted that not all the providers on that page are equally used or weighted. It’s never been entirely clear which sources Apple leans on more heavily. However, Apple clearly sees value in Foursquare’s data, even though some of it will likely be duplicative of existing data sources.

In October this year, Apple’s Dan Servos spoke at the SIINDA conference in Prague, with Bruno Berthezene of Solocal Group. This was the first time, to my knowledge, that Apple had appeared at a digital marketing event other than at the old AllThingsD event (Steve Jobs or Tim Cook interviews).

Berthezene and Servos spoke about data partnerships and distribution on Apple Maps. Servos answered questions about Apple Maps Connect and direct and bulk data submission. He explained that data submitted to Apple would be circulated throughout the Apple Maps Ecosystem, and all parties would benefit from the improved content.

Servos didn’t explain in detail what methods or mechanisms Apple was using to verify or validate the accuracy of different data sets. My assumption is that it’s applying an evolved version of Locationary’s methodology. Apple bought Canadian company Locationary in 2013.

Before its acquisition, Locationary was conceived of as a hub for location data, where various local data sets could be cleaned, merged, enhanced and redistributed. The company was then going to sell improved data back to publishers and developers. Factual is doing a version of that today.

Servos reminded the audience in Prague that content submitted directly by individual businesses to Apple through Apple Maps Connect will go live within seven days. Apple continues to expand the number of countries that can utilize Apple Maps Connect.

For businesses with multiple locations, Apple has two current options. Bulk uploads can be submitted through one of Apple’s partners or in a file directly to Apple ([email protected]). The latter requires more than 100 locations. I would speculate, however, that Apple Maps Connect will ultimately be able to receive bulk data submissions directly.