Google’s new Director of Global SMB Reseller Partnerships, Todd Rowe, announced a new reseller program and a reorganization to support it along with a partner council at the BIA/Kelsey Directional Media Strategies 2010 Conference in Dallas, Texas. I live blogged the session entitled “Google’s Latest Word on Local”, and in it, Todd Rowe announced the new […]

Google’s new Director of Global SMB Reseller Partnerships, Todd Rowe, announced a new reseller program and a reorganization to support it along with a partner council at the BIA/Kelsey Directional Media Strategies 2010 Conference in Dallas, Texas.

I live blogged the session entitled “Google’s Latest Word on Local”, and in it, Todd Rowe announced the new program and provided clarity around what’s been going on with how Google intends to handle their reseller partners. (See my coverage of DMS2010 Day 1, Day 2, and Day 3.)

As you may recall from back in March, Google abruptly closed the AdWords reseller program, causing some major heartburn from their many large channel partners as well as some loss of revenues (so I’ve heard). Access to their AdWords API was discontinued, making it impossible for these companies to sell into the system and manage accounts across their multiple channels.

The abrupt move was interpreted by a number of Google’s partners at that time as being overly aggressive in competition and unfair — perhaps exacerbated by some opaqueness in statements they made about why the move was done. (I had spoken with a few of Google’s large reseller partners at that time who did not wish to go on the record due to desire to renegotiate agreements.) However, consistent reports indicated that Google would relaunch the reseller program later with some changes, and that has now happened.

If you’re unfamiliar with the AdWords reseller program, it enabled a number of companies, particularly in the local space, to officially partner with Google in order to resell Google ads, and deploy and manage those ads on behalf of the resellers’ partners. As Google’s online search and visitor share has grown over time, online advertisers have increasingly known that they’d benefit from exposure in Google’s ad networks, and others who sell ads to small-to-medium businesses (“SMBs”) have found it advantageous to be able to sell into Google’s system in addition to selling into their own sites and networks. In return, these partnerships expanded Google’s ad sales as well, since it tapped multiple sales organizations in other companies who have relationships with small businesses who might otherwise not be inclined to buy and self-serve their own ads directly with Google. 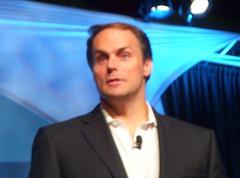 In this morning’s announcement, Rowe related that Google had decided that their reseller channel was one of their most important initiatives. Google realized that they could reach tens of billions of dollars more in revenue with effective reseller partnering, and this raised the program more and more to the attention of the company’s top executives. At the same time, the organization wasn’t arranged and set up to support this kind of growth, and they couldn’t support both the advertisers and resellers’ needs effectively. So, they halted the partnerships and began rebuilding the organization. Rowe was hired on due to his background experience with channel development, and he began reorganizing. Google’s separate Asian channel reseller division was combined along with other foreign divisions with the domestic office in order to coordinate the entire program.

Here are some of the main features of the new AdWords Reseller Program:

One Global Channels Organization. This will allow partners to be able to sell into domestic and foreign placement through a single relationship. And it will allow coordinated development and a unified roadmap.

Global SMB Reseller Partner Partner Council. Google will bring representatives from a variety of partners from different companies, including different types of companies such as pureplay, SEM, yellow pages and local, as well as from startups.

Investment in the Program. Google has increased investment in the program to effectively support their partners. They’ve staffed up to handle development needs, as well as representatives to interact with partners. The representative to partner ratio has been increased. The development can be ramped up to address new products and potentially custom reseller partner needs.

Executive Management. Google has made reseller channel a major initiative, and they’re giving it increased focus and attention with many new hires, including Todd Rowe as Director. He stated that “…if it’s been over a year since you spoke with a Google executive about your reseller partnership, that’s been too long…” (I paraphrase).

Product Roadmap. They will have a roadmap, and he indicated that info regarding upcoming changes would be shared with their partners to reduce issues with abrupt changes, and to receive feedback in return regarding impact to partners’ business and to understand potential impacts to advertisers.

Rowe directed the audience’s attention to a row in the middle of Google employees involved with the program, and indicated they’d be interested in discussing partnerships.

From the context of the announcement, I’d interpret that Google’s increasing growth in the numbers of resellers (he said they have about 250, worldwide) and the increasing revenue stream from the channel partnerships had outpaced their ability to scale and handle partner needs/demands. I know that different sites, different businesses resulted in logical demands for customizations and effective communications with their reseller API. There will likely continue to be people who view Google’s moves in this area with some degree of suspicion and with the nuance that they felt burned by the abrupt yanking of prior agreements — some viewed that as a wake-up call that they needed to diversify even further in order to reduce dependence upon a Google partnership. Some of those prior partners will likely now return to partnering with Google — I think that most likely cannot afford to ignore the newly-opened door.

There were rumors back when the reseller partnerships were halted that Google was going to demand increased transparency from the reseller partners, and force them to provide advertisers with reports on what their mark-up margin was for the ads resold. However, I spoke with Rowe after the announcement session, and he clarified that Google’s terms were only focused on providing the advertisers with the advertisements’ performance metrics — such as impressions and clickthroughs.

The announcements of openness in terms of sharing info on product roadmap plans with resellers, and taking input from reseller partners in developing product features were very well-received by the audience.