With this update you can now scan the ocean using an Android of iOS device to learn more about the ocean on the go. Also, iPhone 4s support the Retina display and Google has taken advantage of this to show higher resolution images of map data and ocean layers.

Personally, I found using the ocean layer a bit confusing on the iPhone app. To bring up information on a specific ocean mark, I believe you need to search for the landmark. Maybe with the iPad version you don’t? For more information, see m.google.com/earth on your mobile device.

Here is an iPad picture: 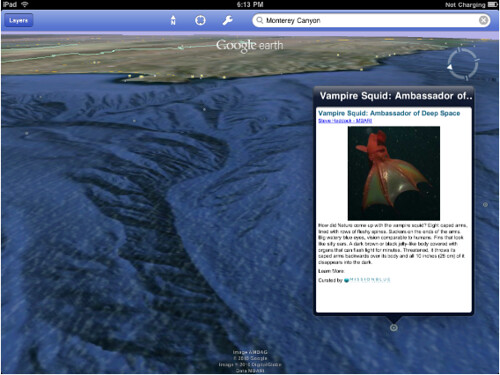