Late last week Microsoft Live Maps introduced “ClearFlow,” based on four years of work and data collection. ClearFlow is intended to provide traffic predictions and better secondary routing. Now, as reported in Google Operating System, Google Maps has introduced its own version of traffic predictions, based on historical traffic information. 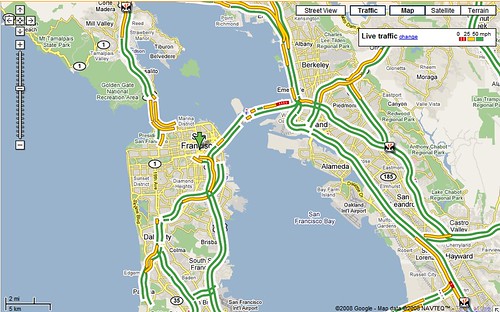 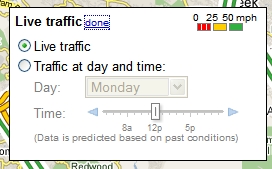 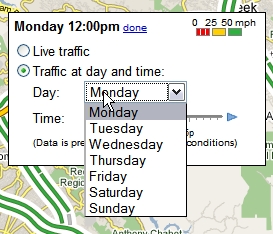 We haven’t spoken to Google about this feature but it’s interesting to speculate about whether this was something already in the works or whether it was quickly built in response to the ClearFlow announcement.

We’ll ask and report back.