Google announced the new version of their Google Mobile App is available on iTunes. The new version has some new features including: More search results on a page Web pages open within the app and not in a new Safari window The Bells and Whistles feature is now easily accessible in settings A new “waveform” […]

Google announced the new version of their Google Mobile App is available on iTunes. The new version has some new features including:

I cannot try out the accents and languages, since I really don’t have an accent (the rest of you have accents, I don’t). But here is a picture of that screen with the available languages: 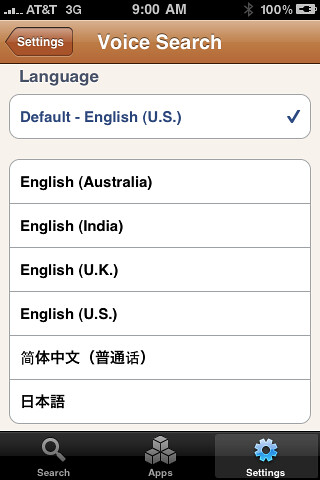 One of the larger complaints about Google’s voice search was that it had a hard time with accents. I assume Google will continually add languages and accents to make it better over time.