Google is starting to take StreetView beyond major US and EU metro areas to more rural locations. In the process it may be, in some cases, disregarding “no trespassing” warnings on private roads. According to a Sonoma County, California newspaper, Google has started capturing images of large areas of mostly rural Northern California. In at […]

Google is starting to take StreetView beyond major US and EU metro areas to more rural locations. In the process it may be, in some cases, disregarding “no trespassing” warnings on private roads. According to a Sonoma County, California newspaper, Google has started capturing images of large areas of mostly rural Northern California. 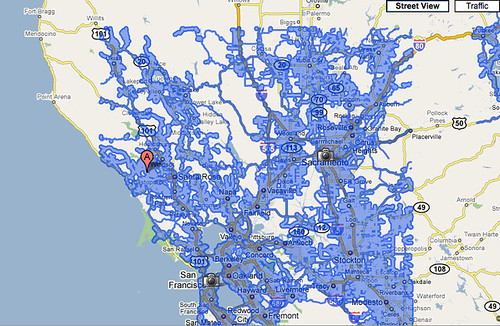 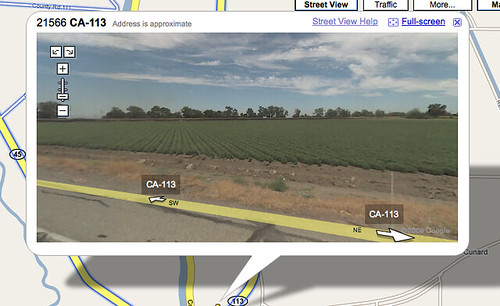 In at least one instance Google included images of private property where a “no trespassing” sign was reportedly disregarded. Google was previously sued for allegedly trespassing onto a private road and taking photographs of homes. And a St. Paul, Minnesota suburb with all private roads asked that images of the entire town be removed from the StreetView database.

In the “no trespassing” transgression discussed by the newspaper, it may well be that the driver of the vehicle made an honest mistake or wasn’t properly instructed about the rules (they don’t have lawyers driving these camera cars, though perhaps if the economy continues to worsen…). In addition, as a practical matter, Google is legally permitted to take nearly all these photographs. The company also readily complies when removal requests come through.

But as Google continues its multi-year transformation from cool search engine to global megabrand, it must be mindful of the PR implications of these intrusions, regardless of their technical legality, and their potential to contribute to the growing public perception that Google has too much power and information.

I have defended StreetView as a very useful and practical tool, but I understand the discomfort that some people feel at their homes being photographed — mine is now among them.

Postscript: A Google spokesperson provided the following comment in response to this piece:

I wanted to affirm your point that any incident of driving on private property is unintentional. Drivers are clearly instructed to stay on public roads, but there are of course times when they may miss local signage and the like. In any event, when we learned of the imagery we quickly took it down. I hope you’ll agree this illustrates our commitment to remedying such missteps.