One of Google's efforts last year was to prevent accidental mobile clicks when app developers purposely placed ads too close to application buttons. 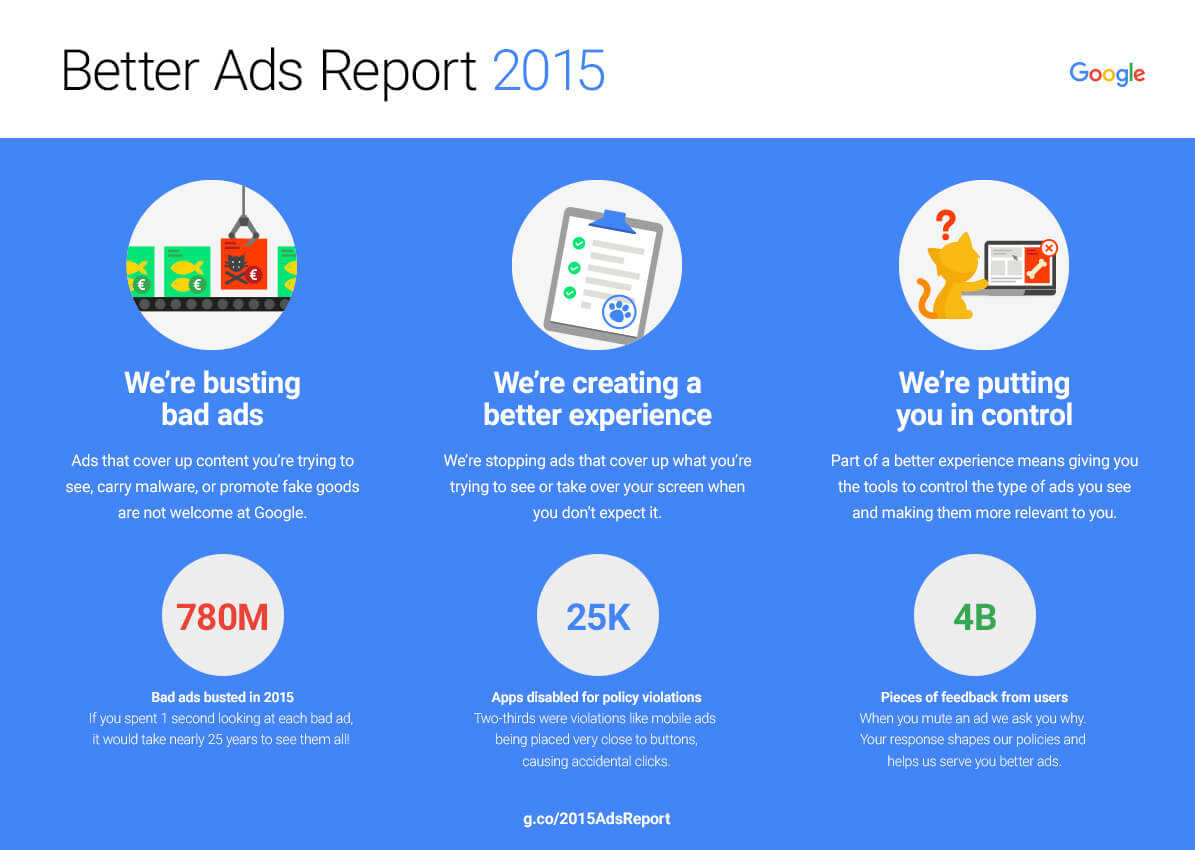 In a semantic flip, Google has renamed what’s been known as its annual “Bad Ads” report — a rundown of all the annoying, if not malicious, trick and scam ads that the company blocked the prior year — as the “Better Ads” report. A more optimistic name, perhaps, but still the same gist. Here’s what happened last year in the war on bad actors.

This year’s report highlights actions taken on mobile ads and app developers. Some 25,000 app accounts were disabled from carrying Google ads, mostly for violations like placing ads too close to a button so users accidentally click the ads, rather than the button as intended. Also on that front, last June, Google made some changes to help minimize the impact of fat-finger clicks on mobile ads.

In all, Google says it rejected more than 1.4 million advertising account applications from apps and sites last year.

Sridhar Ramaswamy, head of Google ads, writes that future efforts will include “updates like further restricting what can be advertised as effective for weight loss and adding new protections against malware and bots.” You can check out the full report here.