How important is Google Shopping for retailers?

Columnist Andy Taylor shares his views on the recent European Commission antitrust ruling against Google and how this might impact retailers that rely on Google Shopping for sales. 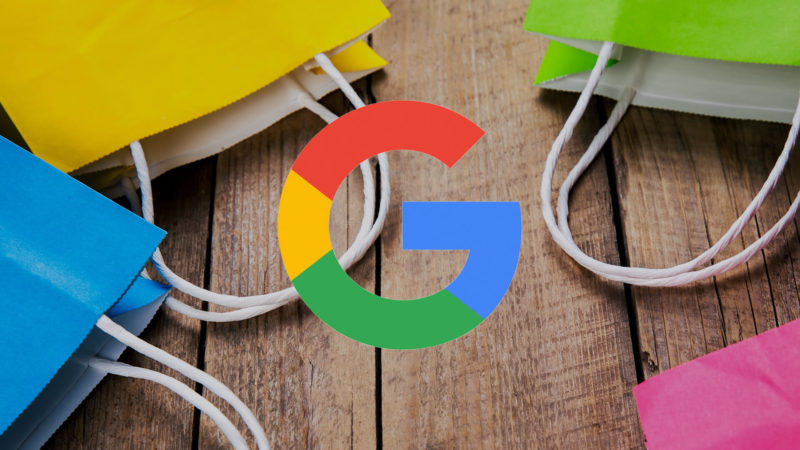 With the recent decision by the European Commission (EC) to levy a massive $2.7B fine on Google for unfair practices, a light was shined on the comparison shopping engines that have lost out over the past few years as searchers have increasingly used Google alone for product browsing.

The EC determined that Google’s placement of Shopping Ads, also known as Product Listing Ads (PLAs), unfairly prevents competing comparison shopping options from getting click traffic, and that Google must make the search results fairer for those competitors.

In discussing the ruling, much has been made of the potential harm to comparison shopping engines and searchers from Google’s current page layout. However, little attention has been paid to the advertisers who pay for Google Shopping listings, which now drive a significant share of all website orders for most brands.

While Google will likely appeal the decision, here we’ll walk through what the impacts of the current decision might be to retailers.

The median retailer taking advantage of Google Shopping saw the highest share of all site orders attributed to PLAs ever in June 2017, at just over 14 percent.

Compare that to just 5 percent share at the beginning of 2015, and it’s clear Google Shopping is more important now than ever before. And while this data is specific to the United States, it’s representative of the type of growth also observed in Europe.

This rise has been the key driver in the growth of the total share of all site orders coming from non-brand paid search, which includes both text ads and PLAs.

As such, advertisers now rely heavily on Google Shopping to drive searchers to their products, and they have put significant effort into optimizing Google Shopping campaigns over the years.

If Google were forced to do away with Shopping ads on its search results, advertisers would immediately lose a significant share of site orders as a result — and it’s not a guarantee they’d be able to get them back through greater prominence of other comparison shopping engines (CSEs).

Other CSEs might gain traffic with Google changes, but how would advertisers fare?

Any meaningful adjustment to the search results to make it more likely that searchers will go to a traditional CSE than use Google Shopping will likely immediately help CSEs make more money, since most CSEs themselves are just ad aggregators. Advertisers pay CSEs for clicks on their product ads, which are featured on CSE websites.

This means that ad revenue would transfer from Google to CSEs, with advertisers continuing to pay the bill. But would advertisers continue to get as much value out of traditional CSEs as they currently get out of Google Shopping?

Google offers advertisers a clean interface, editor and API for creating and managing Google Shopping ads, with bid levers for attributes like geographic region, device type, past site visitors and a number of other different possibilities. This means that brands are able to hit return on ad spend goals very effectively in Google Shopping, allowing them to maximize ad spend and their presence in PLA ad packs.

Traditional CSEs, on the other hand, lag Google significantly in terms of the management and reporting tools they can provide advertisers. Bidding systems for eBay and Connexity, the two largest traditional CSEs still operating in the United States, have made progress over the past few years, but they still pale in comparison to what’s offered in AdWords.

This means that advertisers aren’t always able to maximize spend as effectively with these platforms as they can on Google. It’s possible that CSEs will be able to upgrade their platforms in the event that traffic begins pouring in, but it’s not a guarantee.

Will searchers turn from Google to Amazon if Shopping Ads go away?

The European Commission seemed to issue its ruling with the understanding that Google click traffic would head back to CSEs, but would users really want to click to a separate website (which may or may not have a great user experience) to browse products after searching on Google? Or would they perhaps become even more likely to start their search on a site like Amazon? At the very least, this is the argument Google made in response to the EC ruling.

Amazon isn’t currently as dominant in Europe as it is in the United States, but it is making strides to grow its presence there. Given how quickly the e-commerce giant grew in the US, it’s not unreasonable to believe that it will be a significant force in Europe in a few years. There’s a good chance Amazon will succeed — unless it, too, draws the wrath of the EC.

Studies have shown that more than half of U.S. shoppers start their product searches on Amazon. Google currently provides meaningful competition in terms of attracting product-focused searches, and as shown earlier, Google Shopping in particular drives a significant share of online orders for retailers.

If that traffic heads directly to a site like Amazon instead, the EC’s decision could unintentionally harm both Google and online retailers and still not grow traffic to traditional comparison shopping engines.

Such a result wouldn’t be the first time a court decision against Google has inadvertently harmed other businesses.

In 2013, the ancillary copyright for press publishers law was passed in Germany to give publishers more control over how their content is used, including on search engines. Publisher groups had lobbied for the legislation, viewing it as a means to force Google to pay publishers for use of content beyond headlines and small “text excerpts.”

This is a good example of how difficult it can be to create specific outcomes from government intervention. Publishers got the bill they wanted passed and believed it would allow them to cash in on Google’s use of their content, but they didn’t understand that they needed Google more than it needed them.

Similarly, Google competitors such as Microsoft have long pushed the EC, as well as American authorities, to impede Google to what these competitors believe will be their own advantage. Perhaps they’re correct, but given how the ancillary copyright law worked out in Germany, it’s far from a safe assumption.

To be clear, it’s fair to believe that Google wields too much power, but regulation can easily lead to unforeseen, and sometimes worse, outcomes.

Google Shopping is a huge source of traffic and online orders for many retailers. These retailers may suffer in the wake of the EC’s decision for two reasons.

The first is that traditional comparison shopping engines don’t provide the same optimization tools as Google, and there will be some inefficiency that comes from traffic shifting over to those sites and away from the finely tuned AdWords auction.

Additionally, this ruling might end up pushing users to visit sites like Amazon and skip the traditional search experience altogether, harming retailers. User behavior is tricky to predict, and forcing change on Google might not work out quite like the EC thinks it will.

The retailers that rely on Google ad traffic are important stakeholders in the Google Shopping ecosystem and will hopefully not be inadvertently harmed by the EC’s decision.