Recent updates have made Showcase ads appear for more specific queries while the addition of video is giving retailers a new, visual way to promote their brand. 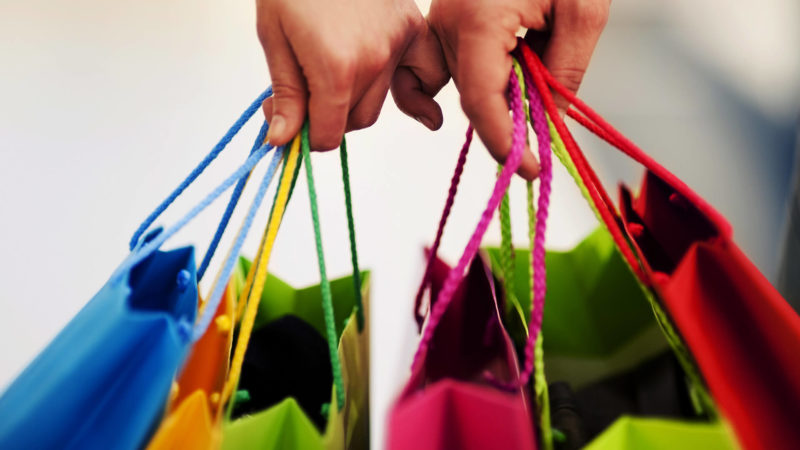 Today, the ad format is still an important method used to capture shoppers using broad terms on Google. But the tech giant is doing more than just catering to upper funnel shoppers this holiday season. Recent updates have made Showcase ads appear for more specific queries while the addition of video is giving retailers a new, visual way to promote their brand.

A lot is happening in the world of Showcase ads ahead of the year-end retail rush. Let’s talk about Google’s latest updates, results we’re seeing, and what retailers can do to get the most out of Showcase ads during the holidays.

Here’s what is new

Showcase ads were initially released as ads displayed for generic queries. Recent data from Sidecar (my employer) has shown that they’re also moving down the shopping funnel as the holidays approach. In addition to broad search terms, Showcase ads are now rendering for more specific and branded terms.

These terms, which now range from broad searches like “couch” or “sofa” to detailed searches like “KitchenAid mixer,” indicate Google’s willingness to test a wide range of search queries and determine the value of Showcase ads throughout the shopping journey. Engaging high-intent shoppers may lead to higher conversions and position Showcase ads as a full-funnel format.

Google last year revealed that Shopping ads appearing in the leftmost spot on mobile receive up to three times more engagement from shoppers than other positions. Showcase ads have seen similar results since launch. According to Google, the top Showcase slot drives 3.6 times higher than average click-through rate. Shoppers rely on Showcase ads to discover new products, and retailers who appear in the leftmost slot have more opportunity to engage with these shoppers.

In September, Google announced a new addition called video in Showcase ads. This feature allows retailers to include a video of any length along with their Showcase ad. Video is a vehicle retailers can use to differentiate themselves and serve captivating visuals to get shoppers’ attention. Google was strategic with its release, too: The rollout of video comes just in time for the holiday season.

Still a discovery-driven format? Look to the data

Showcase ads may soon be an effective way to drive purchases and find new customers, but the data suggests they are still mainly an exposure play for retailers. We took a look at Showcase ad performance over a 16-week period between July and October 2018. The data, based on a sample of over 50 U.S. retailers, shows that impressions and engagements increased significantly while conversions stayed relatively flat over that time.

Both impressions and engagements began to tick up in mid-September, with each reaching peak values in mid-October. Conversions, on the other hand, remained static over the 16-week trial, never seeing more than a 20 percent week-over-week increase.

Google’s expansion of Showcase terms to include specific queries may help bolster conversions over time, but for now, Showcase ads remain an exploratory ad format.

Tactics to employ this holiday season

Use Showcase ads to increase exposure

Discovery is key when it comes to Showcase ads. While it’s helped inform early-stage shoppers about new retailers and products, the expansion of Showcase terms targets shoppers in every stage of the shopping journey.

Use Showcase ads to get your name and products in front of as many shoppers as possible. It’s a powerful format that helps shoppers get more acquainted with your brand and the products you have to offer. Whether your ads appear to low-intent shoppers in the research phase or high-intent shoppers ready to buy, being visible to a wide range of shoppers can only benefit your business.

Keep an eye on specific and branded query performance

The growing number of Showcase terms expands the playing field to include shoppers who are further down the funnel. While it remains unknown just how well specific terms in Showcase ads perform, retail marketers should keep a keen eye on specific and branded searches — especially during the holidays.

Use query mapping to see which ad groups and keywords specific queries are being matched with. This will shed light on how well these lower-funnel searches are faring in Showcase ads. Stay close to shifts in performance from one campaign to the next and use this intel to inform spend on specific keywords.

Know the difference between negating keywords in Shopping and Showcase ads

When two or more Shopping campaigns promote the same product, a priority setting (low, medium, or high) can be set for each to determine which campaigns’ set of products should be bid on in auction. This setting can also help funnel certain keywords downward.

Showcase ads don’t allow you to bid at the product or product group level. Since this is the case, think about building a campaign tree to exclude certain products that don’t perform well. This will help you focus directly on promoting the products that move the needle for your business and achieve your Showcase ad goals.

If you’re focused on generic query performance, for example, you may exclude high price tiers so you’re showing products that are more affordable and approachable to a wider variety of buyers.

Let your query performance inform your campaigns. In Google Ads, use the search terms report to determine which queries are driving traffic to your site and which queries are performing poorly. Running this report helps you gauge the need to create new Showcase ads. For instance, if you have a kitchen appliance ad or ad group and are seeing queries roll in for coffeemakers, it may be a good idea to build a separate ad specifically targeting coffeemakers.

Video in Showcase ads will be an important vehicle in maximizing brand exposure. Before deployment, however, retailers should give their development process careful consideration. Think about how your business can benefit from the addition of video and what its purpose will serve in each of your Showcase ads. These factors should serve as the backbone of your video production strategy.

Consider all that goes into the development of video for Showcase ads. From content ideation to creative execution, video requires collaborative thought from some resources. Create a content strategy for video that makes the best use of your time and team.

Steve Costanza
Steve Costanza is the Senior Analytics Consultant of Enterprise Customer Strategy at Sidecar. He analyzes digital marketing performance and strategic direction for large retailers across verticals, focusing on data visualizations and advanced account segmentation. He is responsible for deriving meaning from numbers and determining how to use those insights to drive marketing decision making. Steve is especially close to Google's new innovations impacting Shopping and paid search. He has a master's degree in data analytics and contributes to Search Engine Land as well as Sidecar Discover, the publication by Sidecar that covers research and ideas shaping digital marketing in retail.