New Media Is Only New If You’re Old

I recently had the dubious honour of being told that I looked a lot younger than one of my closest friends, who was in the same year as me at school. It’s a dubious honour because no matter how well I may be fighting off the wrinkles and laughter lines that pattern the faces of […]

I recently had the dubious honour of being told that I looked a lot younger than one of my closest friends, who was in the same year as me at school. It’s a dubious honour because no matter how well I may be fighting off the wrinkles and laughter lines that pattern the faces of many of my contemporaries, there’s no getting away from the fact that I will never see my twenties again. And yes, I have the grey hairs to prove it.

This many seem like a strange thing to say in a column that is meant to be about social media but it’s because I often worry that many people in marketing, especially those who do not spend most of their time working online, forget that for millions of people there is nothing new about new media anymore. Indeed, as the headline of this post suggests, new media is only new if you’re old. 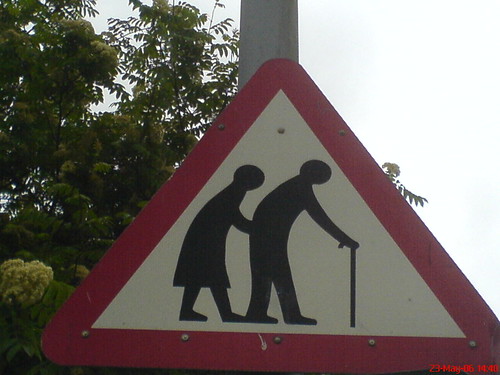 For millions of people, the internet is simply another way of accessing information, no different from the TV, radio or magazines. It’s not new media, it’s just media. If you consider the fact that the greatest living Englishman, Sir Tim Berners-Lee, invented the web as we know it back in 1989, and that the people born in that year are now nearly 20 and probably entering the workplace, it becomes apparent why it’s so important to understand this fact.

Now to the readers of this site this may all seem utterly obvious but I often think that one of the main roles for internet marketers is to explain the digital world to those for whom it’s all rather scary. We act as translators, taking business needs and explaining them to technicians & developers and then explain to business owners and marketers, in English, what the implications of technical developments might be. And due to the fact that for many people the internet is still a very scary place, it’s essential that we continually remind them that whilst the internet has changed many things, it hasn’t made the basic tenets of marketing totally redundant.

Forrester have developed a handy little acronym, POST, to help people plan social media marketing campaigns (with an associated research tool called Groundswell which is great for finding out how involved different demographic groups are in social media). And whilst I find it a useful way of getting clients to think clearly, at the end of the day it strikes me as the sort of common-sense approach that should back-up any marketing campaign, no matter the channel. In fact we’ve actually expanded on the process and come up with our own system (unfortunately ours doesn’t come with a snappy little abbreviation.

Next time a client asks you whether they should be posting videos on YouTube, or talking to bloggers, and if so what they should be doing, sit them down and gently take them back to marketing 101: work out who you’re trying to talk to, come up with some kick-arse creative and then deploy it in the most relevant channel. In the current environment, with the sky apparently falling in, it’s more essential than ever that people enter into social media marketing campaigns with their eyes open.

Whilst online marketing, PR and advertising are very different beasts to the traditional models people are often more comfortable with, the beasts they’re trying to talk to are still just human.

Ciarán is the SEO & Social Media Director for British integrated online marketing agency Altogether Digital. He joined Altogether after working in online marketing for 7 years at two of the UK’s biggest publishing companies in roles covering everything from branding to online PR to, obviously, search. The Let’s Get Social column appears Tuesdays at Search Engine Land.