I’ve now compiled the latest search popularity stats from Hitwise, Compete, comScore, and Nielsen Online. That means it’s time to put them all together once again, to see what a "panel" of ratings services agree on — and don’t agree on — in terms of search engine popularity. Why not show a full year’s worth […]

I’ve now compiled the latest
search
popularity stats from Hitwise, Compete,
comScore, and
Nielsen Online. That means it’s time to put them all together
once again, to see
what a "panel" of ratings services agree on — and don’t agree on — in terms of
search engine popularity.

Why not show a full year’s worth of data? Ratings methodology changes mean I
can only go back to June 2007 for comScore and October 2007 for Nielsen. Also,
in terms of raw number of searches, Hitwise doesn’t report these, so they aren’t
on the number of searches charts below.

Services shown in the charts blow: 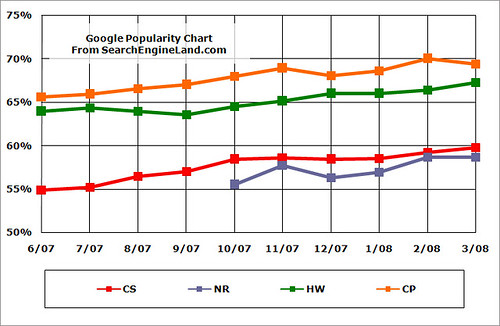 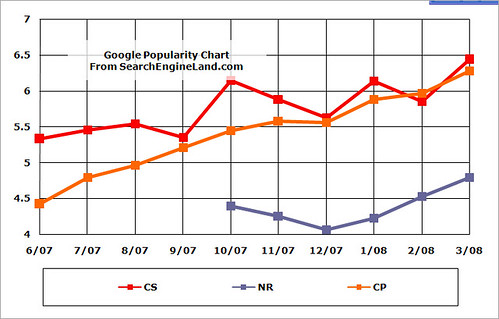 In terms of number of searches, everyone agrees that Google is at an all time
high. But NetRatings reports significantly fewer searches than the other two
services. (Figures above are in billions.) 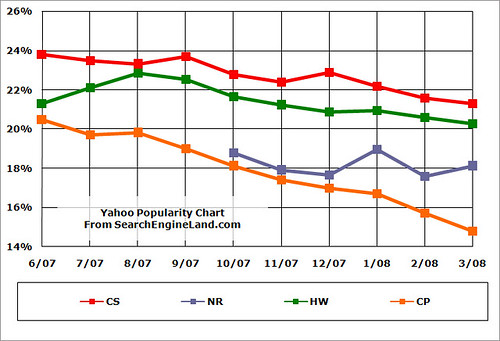 NetRatings and Hitwise say that Yahoo has had worst months than March, while
comScore and Compete put it at an all-time low. 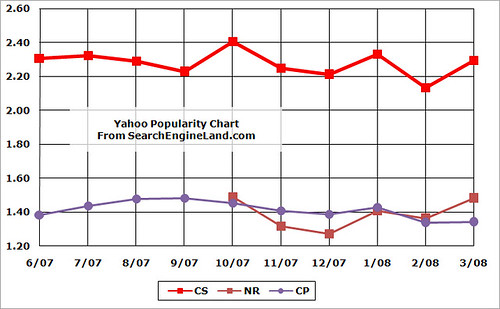 In terms of number of searches, Yahoo comes off better, relatively stable
over the period according to comScore and NetRatings. (Figures above are in
billions.) 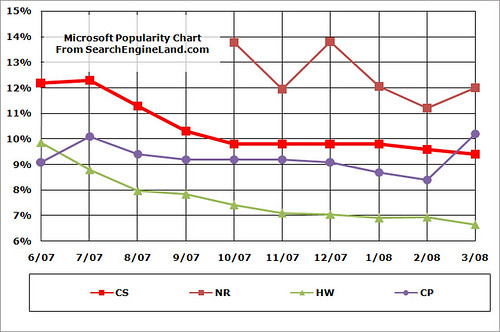 Both NetRatings and Compete show a spike upward for Microsoft — Compete
dramatically so. For the others, a slight decline, less dramatic than in some
past months. (Postscript: See below about Compete results now being adjusted downward). 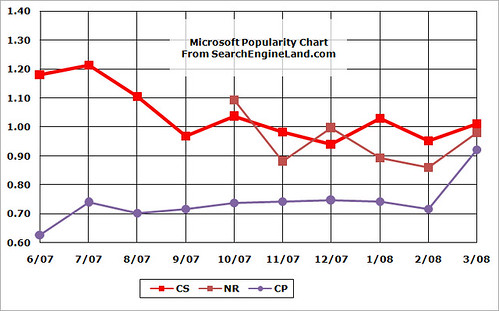 In terms of number of searches, everyone shows a better picture for
Microsoft, with gains. Note the large leap by Compete, bringing its measurements
nearly in line with the other two. Did Microsoft gain that much, or did how
Compete measures Microsoft change?

POSTSCRIPT:Compete counted searches in March from Club Live that it thought it was filtering out, which inflated the Microsoft figures. I’m not going to redo all the charts due to the time involved. Future charts will reflect the new figures. Microsoft had a 8.5% share for March, rather than 10.2%. See Microsoft Dips In Compete’s Revised March 08 Search Figures for more.