Should You Geotag Pages For Local SEO?

Geotagging, the practice of associating precise geocoordinates with webpages or other content, has been around for a while and has seen some popularity increase as sites such as Flickr and Panoramio have adopted the practice. Is it worthwhile for your locally-oriented site as well?

Geotagging, the practice of associating precise geocoordinates with web pages or other content, has been around for a while and has seen some popularity increase as photo sharing sites such as Flickr and Panoramio have adopted the practice. Is it worthwhile for your locally-oriented site as well?

Geotagging allows webmasters to embed geographic coordinates within pages, images and other media, and semantic markup informs devices and search engine bots of the longitude and latitude information. Such coordinates can be very useful in pinpointing the locations associated with the information on maps, such as  Flickr’s map interfaces. 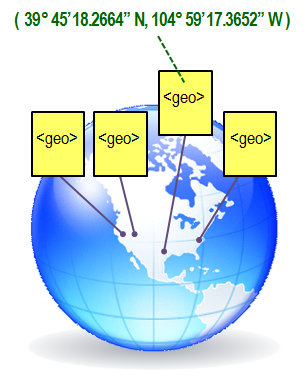 In the past, I’ve strongly recommended the use of semantic markup in the form of hCard microformats as a component of local search optimization. hCard allows contact info such as addresses and phone numbers to be disclosed precisely to devices that are able to read them. Not only have Yahoo! and Google both coded their own local results pages with such microformats, they’ve also been increasingly paying attention to the content and treating it specially in certain cases when they encounter it on other websites as the crawl pages for indexing and displaying their search results.

Frazier Miller, General Manager for Yahoo! Local, described the basis for this interest in his keynote address at SMX Local-Mobile conference last year, defining the “local web” as any online content that is geotagged or that is tied to the “real world.”

As for what the search engines are doing with this locational semantic markup when they find it on websites, so far Yahoo! enabled webmasters to build special search applications with their SearchMonkey development platform in 2008, and in 2009 Google has enabled pages that contain hReview and RDFa semantic markup to have special displays (aka “rich snippets”) in search results listings.

Most of my focus in this area has been upon optimization tactics for local businesses. Indeed, I think with the advent of Google’s Rich Snippets, the advice to incorporate microformats was sound. Geotags can be a subset of hCard microformatting, so I’ve already been advising webmasters to include geotag their pages for some time now.

Yet, there’s a small family of tags intended for merely conveying geocoordinates with webpages and other content, i.e. “geotags,” and these do not have to be for local things which have street addresses. hCard is a webpage form of vCard, intended to allow people to simply pass and store street address and contact info like phone numbers or email addresses.

For content that is not particularly street address or contact-info oriented, geotags could make sense.

For instance, photos of various places could be tied to locations where they were snapped. All sorts of locational information can be pinpointed using geotags, where hCards would make less sense: ATMs, scenic overlooks, parks, rest stops, historical markers, places where significant events occurred, camp sites, places where photos were snapped or videos shot, and more.

There’s no dominant standard for geotag formatting, so one may add a combination of them to a webpage so that devices looking for specific types would be more likely to find ones they can read. Coordinates can also be embedded within images’ EXIF meta data as well as in other types of media, but I’m focusing here only on tags which can go into HTML pages.

Some of the tags are purely semantic markup, and are not visibly displayed on web pages, while others are shown.

Here are examples of the top geotag formats:

If you were only going to add one set of geotags, I’d suggest adding either the Geo microformat or RDF, because they’re supported in some ways by Yahoo! and Google (“supported” in the sense that both deliver up local content with microformats, and both have used microformats and RDF for purposes of special results listing treatments). Also, providing the coordinates on the page visibly can enhance usefulness as people are able to copy them directly into their GPS devices.

But, I believe it’s possible to combine the tags and use all of them at once.

Will this give your pages some sort of ranking advantage?  Not really.

However, the trends are moving in this direction, and geotagging your content could get your pages adopted by more sites specializing in using the data in innovative ways, and help you to achieve more inbound links.