With the recent spate of companies such as United Airways, Domino’s  Pizza and Habitat UK, being hit by negative publicity online, one could be forgiven for thinking that social media can be used as a cure-all for such issues. But in fact, social media will only ever be a band-aid for such problems, unless it’s […]

With the recent spate of companies such as United Airways, Domino’s  Pizza and Habitat UK, being hit by negative publicity online, one could be forgiven for thinking that social media can be used as a cure-all for such issues. But in fact, social media will only ever be a band-aid for such problems, unless it’s tied into fundamental changes in the way such companies operate.

By now the story of how disgruntled United Airways customer, and aspiring country singer, Dave Carroll turned his anger at seeing his guitar smashed by ground staff into a song and, subsequently, a YouTube viral sensation, will be familiar to you all. It’s even made the leap across the pond and into mainstream media, with BBC’s Breakfast programme featuring the story on a recent edition. Following a brief interview with Carroll and a clip of the song, they then featured a number of ‘marketing experts’ commenting on the case, and what it means for brands.

Unsurprisingly, the experts all agreed that this was a ‘terrible thing’ for United and that, in failing to respond quickly and thoroughly enough, they had seriously slipped up. As evidence of how widespread this type of problem is, the ‘experts’ cited Domino’s Pizza and Habitat UK as examples of other brands that had been seriously damaged by social media led consumer rebellion: “Dell Hell” for 2009, if you like.

Ignoring the fact that Domino’s Pizza actually responded pretty quickly and thoroughly to the videos of employees tampering with food, and has received widespread praise for their actions; or that Habitat’s balls-up on Twitter, horrific though it undoubtedly was, hasn’t actually garnered that much attention outside of the echo-chamber of social media types on Twitter. These experts were making the mistake of thinking that United could have fixed this problem by being ‘more social’.

They seemed to be suggesting that if United had quickly produced its own YouTube song, apologising to Carroll and offering him lots of compensation, then everything would have been fine. But this misses the point – that social media can only ever act as a band-aid for bad customer perceptions, not a cure. 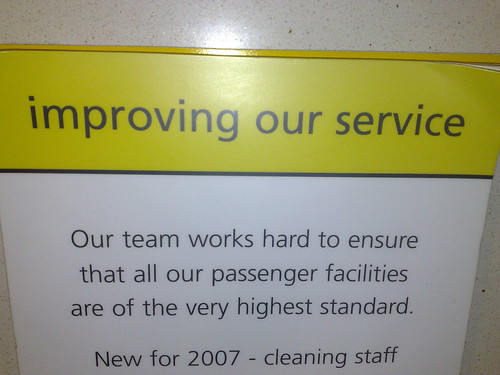 If we look at the two companies most commonly referenced with regards to customer service and positive brand perceptions engendered by social media marketing, Dell and Zappos, we see something much deeper than simply responding to tweets, Facebook updates and YouTube videos.

Both companies have put customer service at the very heart of everything that they do; in Dell’s case this is a massive change in the way that they had been operating prior to the Dell Hell instigated by Jeff Jarvis’ infamous blog post. With Zappos, it’s always been fundamental to the brand and is one of the main reasons they’ve grown to be a $1 billion brand in just a few years (it will be interesting whether its recent purchase by Amazon will impact on this customer service culture).

In the case of Dell, they don’t just monitor what people are saying about their brand, they actually act on these things. IdeaStorm has led to new product developments which were inspired by customer interaction. Zappos’ success has been built on hours of telephone based customer service, and continually exceeding customer expectations. Their actions on Twitter and the like is just an expression of this.

What so many social media experts make the mistake of doing, is thinking that it’s the stuff round the edges that makes the difference and that simply responding to negative customer experiences with a speedy Tweet, or jolly little video, is enough. But unless you’re prepared to perform root and branch surgery on the way that your company works, and put the customer at the heart of everything that you do, it won’t make a difference as you’ll always be fighting fires (admittedly whilst winning plaudits from social media experts in the process).

If we take this back to United and Mr. Carroll, even if they’d responded quickly, sincerely and in a knowing, ‘social’ manner, it wouldn’t change the fact that their customer service was terrible, and probably still is. It might have stopped this particular sh*tstorm blowing up in the way it did, but it wouldn’t have done anything to prevent the (inevitable) next one to come along.

Of course what social media could allow United to do, is gain a deep understanding of what customers think about their service and what they would like to see changed, and then to explain exactly how they do intend to change. But that insight is useless unless it provokes and powers real change.

Because as the authors of The Cluetrain Manifesto so succinctly put it all those years ago:

And smiling and saying sorry will never beat not having to say sorry at all.