Analysts expectations were low and, depending on the analyst, Yahoo barely met or missed them. According to the press release, “Revenues were $1,798 million for the second quarter of 2008, a 6 percent increase compared to $1,698 million for the same period of 2007.” Net income fell 18 percent. The company suffered from the general sluggishness of the advertising economy but may also have taken a hit from all the distractions of MicroHoo and Carl Icahn’s proxy battle. Icahn is now becoming a Yahoo board member after a publicly announced compromise.

The irony here — proving that Wall Street is all about expectations — is that after this generally poor performance, Yahoo stock is up just over 2 percent in after hours trading. The reason is that some analysts feared a worse performance amid all the chaos and frenzy of the past several months. By contrast, Google grew revenues 39 percent from the previous year and suffered a 10 percent share decline after it announced Q2 revenues last week.

Here are some slides from the earnings call presentation: 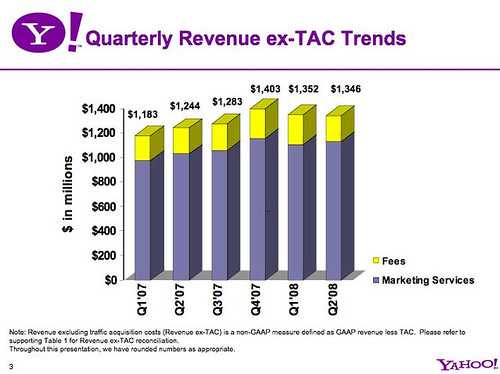 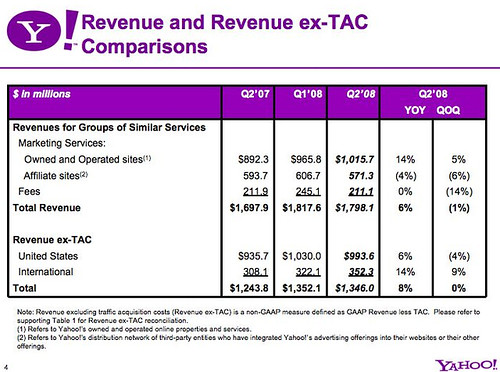 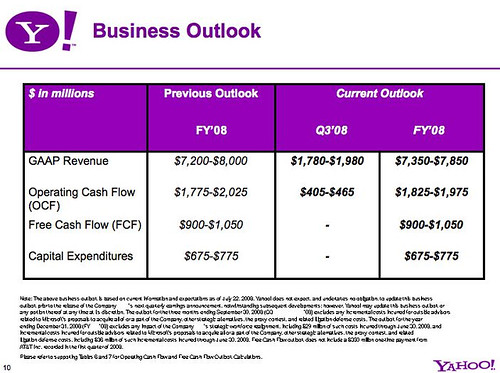