Yet Another Mobile iGoogle For iPhones & Android

After living without an iPhone/Android version of iGoogle for about six months, Google came out with a nice look for the new iGoogle mobile. Here is a look at it: 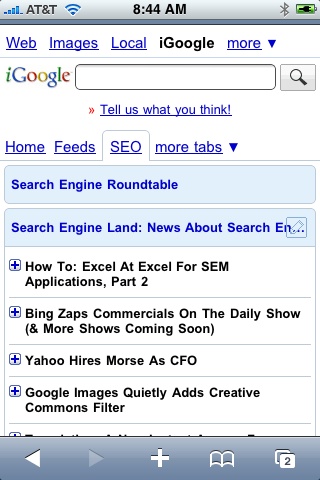 To try this out on your iPhone or Android device, go to to igoogle.com in your mobile browser and tap “Try the new Mobile iGoogle!”

Further coverage of this story at Techmeme.