IAC To Launch Startups, Take A Demographic Approach To Search

The Wall Street Journal reports that IAC, parent of Ask, is preparing to launch a number of startups after its spin off of some of its traditional media properties. Among the new sites is RushmoreDrive, a niche search engine targeting African Americans. What’s interesting is its demographic approach to search. After the departure of Ask […]

The Wall Street Journal reports that IAC, parent of Ask, is preparing to launch a number of startups after its spin off of some of its traditional media properties. Among the new sites is RushmoreDrive, a niche search engine targeting African Americans. What’s interesting is its demographic approach to search.

After the departure of Ask CEO Jim Lanzone, new CEO Jim Safka said that the engine would be explicitly targeting women, who were a disproportionately large part of its user base. Recently Yahoo also launched “Shine”, a search and portal subdomain targeting women.

So-called “vertical” search has always been about search built around specific types of content (e.g., Cars, Real Estate, Jobs). But IAC’s strategy to target a demographic segment, Black Americans, with RushmoreDrive is a very interesting one — it’s also one that may eventually morph into a social search site. (Sites like Quintara, InfoSpace, and others have also built search engines for kids.) 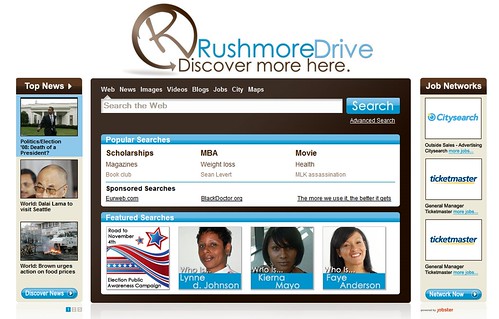 In creating a demographically targeted search engine, IAC might not have to go head to head with Google in the same way that Ask has (it can use the Ask Teoma technology, assuming the company hasn’t thrown it away). And it might be a strategy that yields success, siphoning off particular population segments who identify with the “look and feel” and content (adjusted for the group) of the engine. This also offers the promise of demographic targeting as an additional layer in search results.

Once could also imagine a search engine for women or targeting women 18 to 34 (again built on Teoma/Ask) that would offer similar, interesting possibilities. Presumably, all these demographic, vertical engines could be scaled and operated efficiently, sharing some of the same infrastructure.

The WSJ says that the budgets of the new IAC startups are each less than $10 million. The question is whether RushmoreDrive and other, similar sites that may emerge are going to be genuine attempts to build something useful and demographically differentiated, or whether IAC will try and run them on the cheap with minimal effort.