The Stories Brands Can Tell In Social Media

Since its invention towards the end of the 20th century, the Internet has changed a great many things. And one of the things that is has done time after time is dismantle business models that had seemed, until its arrival, absolutely rock solid. From music to publishing to TV, the Internet has swept away seeming […]

Since its invention towards the end of the 20th century, the Internet has changed a great many things. And one of the things that is has done time after time is dismantle business models that had seemed, until its arrival, absolutely rock solid. From music to publishing to TV, the Internet has swept away seeming certainties and replaced them with doubt and uncertainty.

Whilst this fact can not be argued with, the common perception that the reason these media models have been so badly damaged is due to the rise of UGC is, like so many ‘commonly held facts’, actually untrue. The reason these businesses face ruin is that their old models simply can’t be upheld in the face of a fragmenting consumer base and advertising dollars that are increasingly being asked to pay for everything.

The reason I say this, is that if you actually look at the content people are consuming, it’s still overwhelmingly content that has been professionally produced; it’s just that there isn’t enough money to pay for this production anymore.

Earlier this year, the video tracking firm Visible Measures released a chart of the videos that had managed to amass more than 100 million views apiece. In the commentary, they claimed that the list included:

Now this is true, up to a point. Of the top 20, only 2 were actually user-generated content: “Charlie Bit My Finger Again” & “Numa Numa”. Visible Measures claimed that 2 others were also UGC, but “Achmed The Terrorist” is a consumer’s video of a professional comedian performing on stage, whilst Rick Astley was originally a professional musician. Users may have made them popular, but they didn’t make the content.

This is an interesting trend for brands, for whilst ‘traditional’ media companies now struggle to finance the sort of content that they did in the last century (hence, NBC’s recent decision to put the relatively cheap Jay Leno show up against big budget dramas), brands can start to step into the breach. 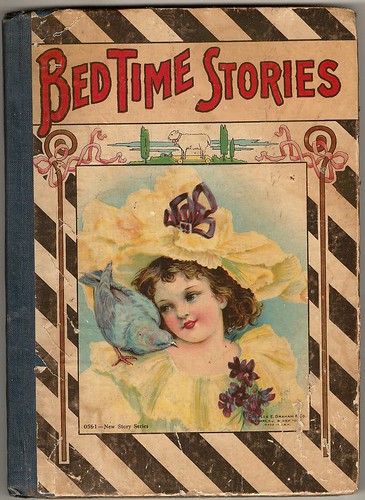 As the rise of social media appears to make it harder than ever for brands to find ways to gain consumer’s attention, being able to fund content that can then start conversations means that they suddenly have a reason to be part of their customers’ lives. To paraphrase the old mantra of search:

Conversation is king; content is just something to talk about

This means that brands can start to capitalize on sponsorship opportunities by using the web, and particularly social media, to give fans a look behind the scenes, whether by organizing Facebook chats with football stars or inviting bloggers to cover big events. They can mobilize music fans and find a way to talk to them, as mobile company Orange has done in the UK. They can look to generate their very own water-cooler moments that chime with their brand’s essence, in the way that Unilever did in the US with In The Motherhood, a series of online shows that started on MSN before moving to ABC, or they can give time-poor mothers fairy-tale podcasts to play to their kids, as Kleenex did in the UK*.

Interestingly, the reason In The Motherhood didn’t fare as well on TV as it did online is that the Writer’s Guild Of America were unwilling to allow viewers to suggest their own stories – really there’s no need for UGC to try to kill traditional media when it is doing such a good job of it on its own.

So next time someone tells you that UGC is about to take over the world, or that their brand has no way of talking to consumers, why not tell them a story about the stories their brand could tell that people really want to hear.