Is Yahoo’s Buzz A Buzz-Kill?

When Yahoo Buzz launched back in February of 2008, it was thought by many to be the next big player in the social news community space. This was largely due to the fact that if your content got the most “buzz” it had a chance to be featured on Yahoo.com, which can send millions of […]

When Yahoo Buzz launched back in February of 2008, it was thought by many to be the next big player in the social news community space.

This was largely due to the fact that if your content got the most “buzz” it had a chance to be featured on Yahoo.com, which can send millions of visitors to your site over a short period of time.

Of course it didn’t take long for people to find themselves at Yahoo’s first major Buzz-kill.

The program allowed only a small handful of around 300 sites into the program, so the motivation was not there for most users to participate in the site when they could not even submit their own content.

Users that were in the beta program quickly found that getting votes and making it to the Buzz popular page had nothing to do with being featured on Yahoo.com, and they probably had a better chance at winning the lottery than getting featured.

That’s because “Human editors pick the best of the stories with the most buzz and can place them on the “Top Buzz” page or, more importantly, the Yahoo homepage.” However, this meant that it was their decision, and not the buzz users voting, that determined what buzz was and what deserved to be on the Yahoo.com front page. 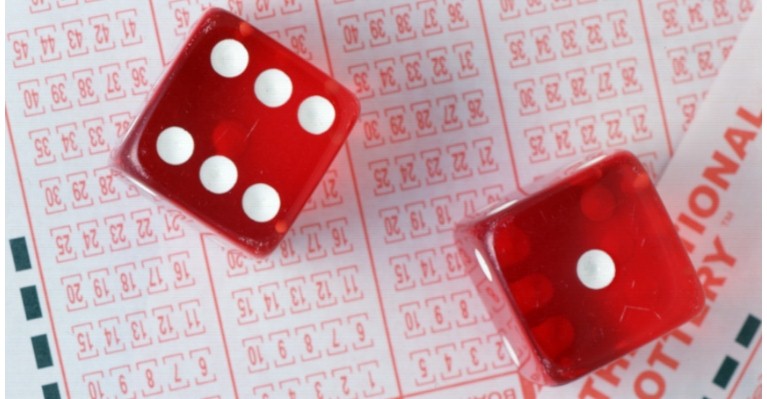 When Buzz finally opened the site up to all users on August 18, 2008, there was a lot of excitement for users to install the new buttons and start try to get their own content popular in Buzz — with the hopes of being featured on Yahoo.com.

Again, it did not take users long to realize that they had an even smaller chance of having their content featured on Yahoo.com than before the program opened its doors to all users and sites.

Not only was it hard to find a single example of a non-Yahoo property being featured on the front page, there was no clarity to the algorithm and system within Buzz. Some stories would receive hundreds of votes in upcoming and never show on the popular section of Buzz, while other stories were prominent on the popular page with no votes at all. 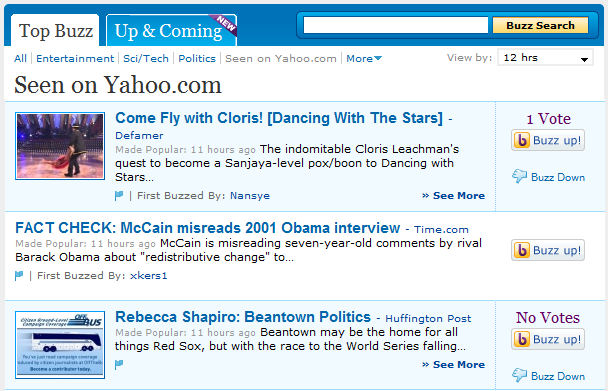 This only added to users confusion and resulted in many people losing interest with the site.

As of October 28th, 2008, if you visit the front page of Yahoo.com you will notice that the bottom right content in the “Featured” box contains a story from a non-Yahoo property. 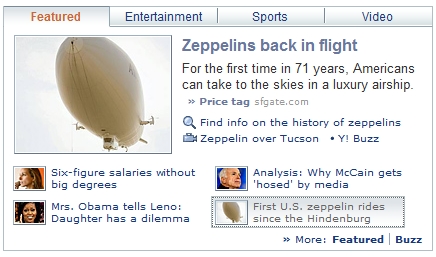 So, finally, Yahoo Buzz has lived up to their promotional pitches to feature any content that gets enough “buzz” on the front page of Yahoo.com.

Or at least that’s what it seemed.

Additionally, the only sites that have been actually featured on the Yahoo.com front page are high level authority domains such as Consumerist, SFGate, and Wall Street Journal.

So the question still remains… Is Yahoo’s Buzz really just a Buzz-kill?