There’s No Right Way To Blog

Until very recently, research company Forrester had been one of the poster-children of people wishing to show how companies have grown their business on the back of a deep understanding of social media. Its analysts, including Groundswell author Charlene Li, not only produced research on how businesses and consumers were using social media, but also […]

Until very recently, research company Forrester had been one of the poster-children of people wishing to show how companies have grown their business on the back of a deep understanding of social media.

Its analysts, including Groundswell author Charlene Li, not only produced research on how businesses and consumers were using social media, but also used the channel to promote their work, in doing so promoting the Forrester brand, but also building their own personal brands as well.

Li has now left Forrester, along with some of her colleagues, and, in what appears to be a reaction to this, Forrester has announced that going forwards Forrester employees will only be able to use personal blogs to publish content not related to their day jobs. All discussion of research and analysis will have to reside on official Forrester blogs. For many, this is a betrayal of the ‘spirit of blogging’ and has produced condemnation from many sides.

However, the suggestion that there is somehow a right or wrong way to blog is a dangerous one.

Because suggestions such as these may put off companies that have thought about dipping their toe into blogging or its more recent offspring such as tweeting and poking, for fear of sparking a social media backlash. 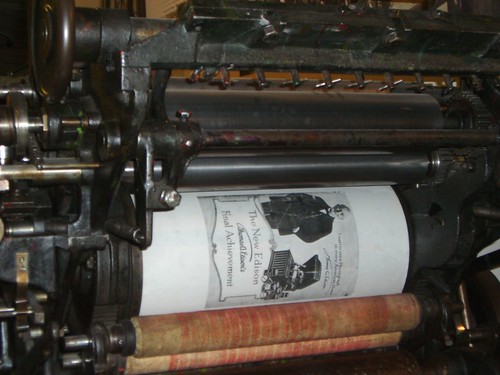 At the end of the day, a blog is just a publishing tool – nothing more, nothing less. It’s the Guttenberg Press for the 21st Century and there simply is no wrong way to use it.

Whilst there are certain common features that blogs tend to have (posts in a reverse chronological order, plentiful links to other pieces of content, comments), the idea that there is such a thing as a standard blog simply doesn’t hold true anymore.

Articles on The Guardian site often have hundreds of comments; does that make it a blog? Techcrunch is published on a blogging platform, but has a team of professional writers and ad revenues in the millions; does that mean it’s no longer a blog?

As to whether Forrester made the right decision or not, only they will know.

But what’s interesting is that whilst many have claimed that corporate blogging has no personality, and there are certainly plenty of examples of companies allowing employees to blog privately and seeing a positive effect (Google and Microsoft spring to mind) the amount of Forrester employees commenting on the critical blog posts, in favour of the decision, shows that there’s nothing stopping them from having digital personalities, or taking part in conversations.

And whilst much of this criticism has come from marketers, Forrester clients have piped up in favour of the move.

So if you’re thinking of starting to use a blog to grow your brand, whether corporate or personal, just remember these basic guidelines from the father of employee blogging, ex-Microsofter Robert Scoble, and be honest & open. But also remember that there’s no wrong way to blog, and the only way to learn how to blog better is by trying.

*I realise the irony of writing this post on a blog other than my company’s and it’s intentional. Honestly.