Here is a screen capture of the Twitter Elections mashup: 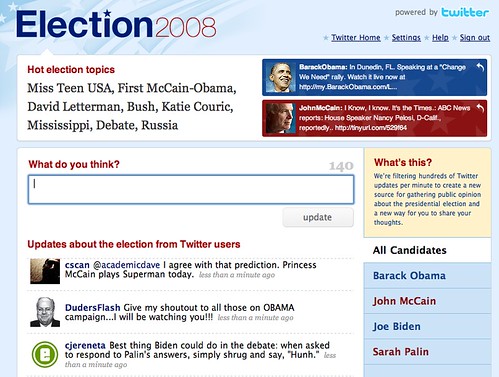