Why Social Media May Not Be Right For You

I was recently asked whether, if I had to make the choice, would I choose to work in just SEO or social media. Without any hesitation I answered SEO. In the current climate it’s obviously more accountable and seems a more obvious choice to me for brands looking to make reduced marketing budgets go further. […]

I was recently asked whether, if I had to make the choice, would I choose to work in just SEO or social media. Without any hesitation I answered SEO. In the current climate it’s obviously more accountable and seems a more obvious choice to me for brands looking to make reduced marketing budgets go further. (Although the Financial Times makes a very good argument that brands should actually invest in marketing during a recession rather than reduce spend). Luckily I don’t have to make a choice but I think it highlights something that we in the digital marketing industry are often guilty of – assuming that what works for us will work for everyone.

We’ve all seen it – the examples of how small businesses should be using Twitter or how brands should be spending hours scouring social networks to pick up on any sort of negative comment. Whilst I actually often agree with these sorts of sentiments I think that in the extreme they can be dangerous as they suggest that what works for one brand will work for all of them.

To give you an example of what I mean let me tell you about something that Pepsi did recently. In a rather bizarre campaign, that some are excusing because it marks their first foray into the realm of social media marketing (something I find hard to believe of a brand of its size & target audience), they sent three packages to 25 select bloggers.

The packages were delivered over the course of an hour: the first 2 contained cans with logos that had been used in the past, whilst the final one contained the latest design. Presumably the idea was to get people talking about the new logo but it didn’t go quite as planned. 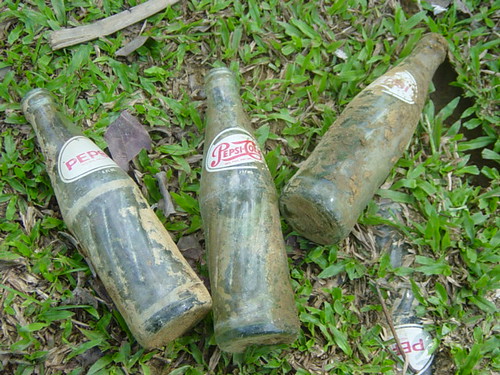 One of the bloggers involved detailed three reasons why he thought the campaign didn’t quite work:

Now I appreciate that these suggestions, which in many ways make a lot of sense, are aimed at one particular campaign and whilst I kind of agree with them in some ways I think they also highlight how for some brands social media simply won’t be right (I hasten to add I don’t think that’s the case for Pepsi).

Now for me Pepsi is a cultural brand, and one that should be able to utilise social media to great effect. Its real mistake seems to have been a lack of amazing creative which would really get their evangelists talking: you’ve got a new logo? Wow. Someone pass the Red Bull Cola – I’m struggling to stay awake. You’ve built something really cool, that I can really relate to, and which I can share online? Awesome. Where do I sign up?

However for those brands which lack Pepsi’s inherent cachet, those non-cultural brands again, this is going to be a lot harder and this is when social media simply might not be the right channel to take. And if it is, it’s likely to be with a campaign much like the one described (though done much better of course) where you simply treat social media like any other media channel (though one with new rules) and work to build online PR. And if that means sending someone your product, hey, it works.

Just make sure the recipient is going to be in when you do.

Ciarán is the SEO & Social Media Director for British integrated online marketing agency Altogether Digital. He joined Altogether after working in online marketing for 7 years at two of the UK’s biggest publishing companies in roles covering everything from branding to online PR to, obviously, search. The Let’s Get Social column appears Tuesdays at Search Engine Land.