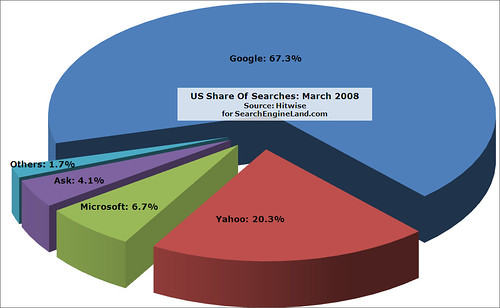 Last week, Hitwise
released the latest statistics for search engine share in
the United States for March 2008, showing Google at an all-time high while
Microsoft and Yahoo hit all-time lows.

The four major search engines stack up as follows:

The trend over time? Here’s the past year’s worth of data: 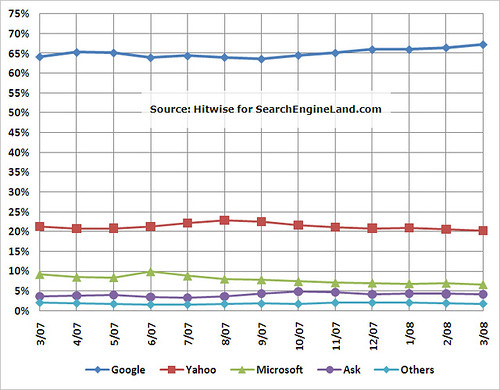 Google’s previous high (according to stats I have going back to August 2006)
was in April 2007, with a 65.3 percent share. Microsoft and Yahoo, in contrast,
hit all time lows for the same period.

Also specifically for Hitwise, you don’t see AOL on the chart because Hitwise
doesn’t break it out. Instead, it is included in the "Other" figure. Hitwise
generally undercounts AOL’s share; other services put it at 4 percent or
higher.