Both Google Maps and Bing Maps offer ways to see the devastation caused by the earthquake in Haiti. Below, a look at how to see before and after images, taken by satellite. Plus, several 360-degree ground level videos you can view. 360-Degree On-The-Ground Video Immersive Media has released a number of 360-degree view videos of […]

Both Google Maps and Bing Maps offer ways to see the devastation caused by the earthquake in Haiti. Below, a look at how to see before and after images, taken by satellite. Plus, several 360-degree ground level videos you can view.

Immersive Media has released a number of 360-degree view videos of someone actually walking in the disaster area. You can move the video around and get a true on-the-ground view. Here’s one of them (sorry that it starts auto-playing — I can’t find a way to prevent this):

Over at Bing Maps, the best thing is to use the latest version of the service. Latest version? Yes, Bing has a new Silverlight version that just came out of beta. 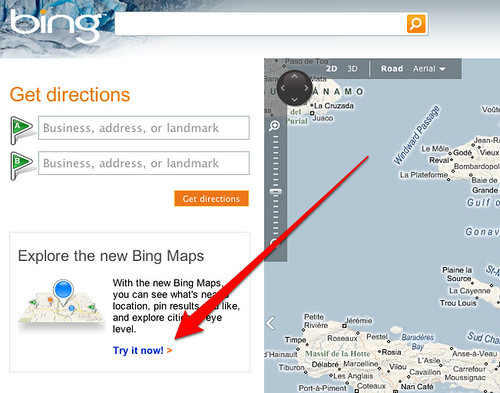 Click on the “Try it now” link. FYI, if you find that it says you have the latest version of Silverlight but still won’t load, try reinstalling Silverlight.

When you’re in the new version, you’ll want to look in the lower left side of the page and click on the “Map Apps” icon: 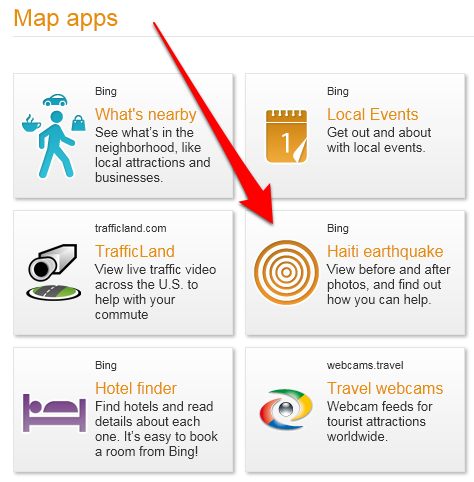 Select the Haiti Earthquake button (this link will also activate the app). You’ll be zoomed in to the Haiti National Palace like this: 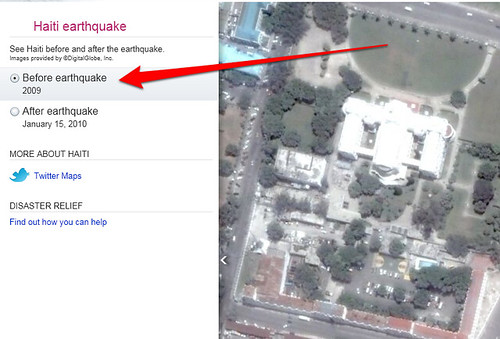 The “Before” image will be selected by default. Click the option below that for the “After” image:

You can zoom out and toggle back-and-forth between before and after, and you can also move the map to other parts of Haiti, though it’s unclear just how much of the entire country is covered with post-quake satellite images.

Also notice that right below the “After” option is a “Twitter Maps” link. Click on that, and you’ll see current tweets from people in Haiti displayed on the map.

Over at Google, things are a bit easier. There’s no need to activate the latest version of Google Maps or ensure you have the necessarily software. Just do a search for Haiti or Port-au-Prince, then zoom in. Make sure you’ve toggled the “Satellite” option at the top right of the page. You’ll then be able to see extremely high quality images, such as this one of the National Palace in Haiti: 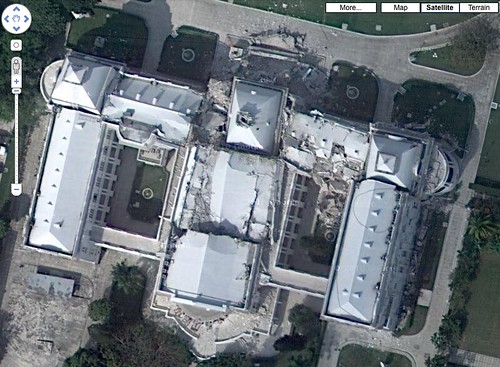 Like Bing, you can zoom out and move around to various places, though exactly how much of the country is covered by new Google imagery isn’t clear. Google Maps has better images than Bing, but there’s no way to toggle back and forth between before and after views.

To get before and after via Google, you need to download Google Earth. With that software installed, you can zoom to Haiti and then make use of the “historic imagery” option. Click on the clock icon at the top of the page, to get a slider: 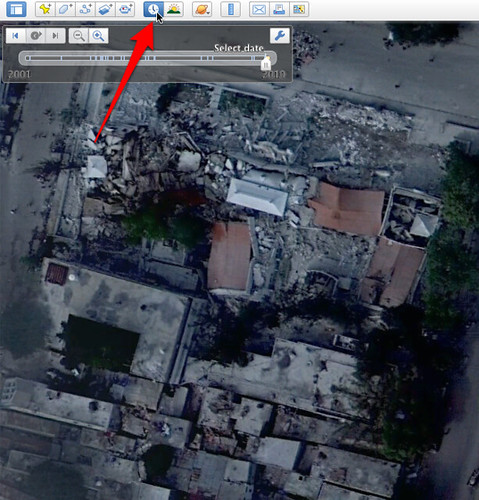 When you move the slider back, you’ll shift from the current post-earthquake images to images from before it happened: 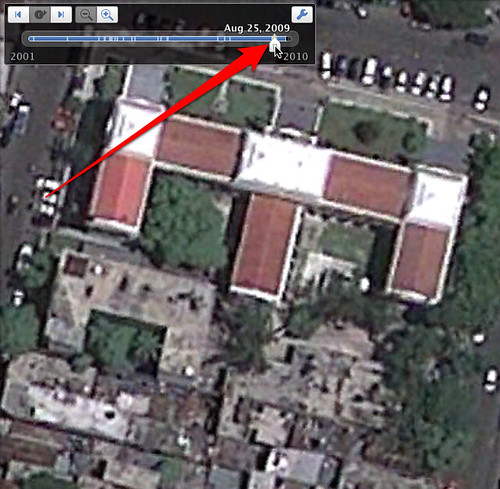 Google Earth also allows you to zoom in and view images at simulated angle, to give the impression of actually being on or near the ground: 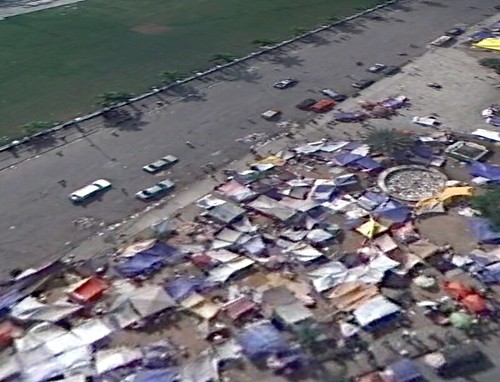 Everything Explained, In Video

Hopefully, this article has helped you understand how to access the earthquake images. If you’d like even more help, I’ve made a short video showing everything in action:

You’ll also find the video here on YouTube: How To View Images Of Haiti Before & After The Earthquake.

After doing that, and being glad you’re not one of the millions of unfortunate people who are on the ground in Haiti, consider making a donation, if you haven’t already. Google has a list of organizations to consider, as does Microsoft.