Search Engine Land » Channel » Social » The Politics Of The Web

The Politics Of The Web

The recent launch of the UK edition of Wired, the magazine for people who keep saying that magazines have no future, has seemed incredibly apposite when considered alongside many of the stories in the news every night. Whether it’s celebrities Twittering, the Queen getting all 2.0, or  news of magazines killing their print editions and going […]

The recent launch of the UK edition of Wired, the magazine for people who keep saying that magazines have no future, has seemed incredibly apposite when considered alongside many of the stories in the news every night. Whether it’s celebrities Twittering, the Queen getting all 2.0, or  news of magazines killing their print editions and going totally digital (I’m guessing those stories weren’t quite such music to the ears of Wired’s owners), it’s often felt like everyone is now online, and there’s really nothing left for the likes of us to say.

However there have been three events involving politicians and figures of authority that provide fascinating insights into how the web works, how many people still don’t understand this and which can act as illuminating lessons for any brands looking to make the most of digital, especially if they intend to become involved in the world of social media. 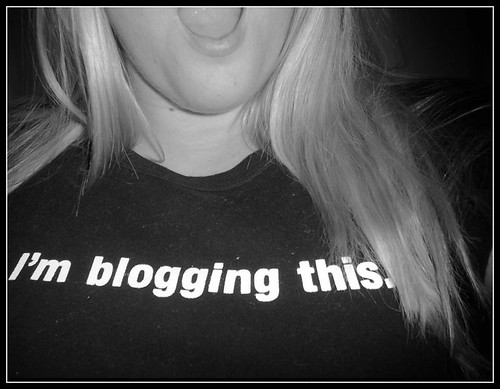 First there was the case of Daniel Hannan, a Conservative MP at the European Parliament. He made a speech in which he attacked Gordon Brown, who was visiting the parliament, for his handling of the ongoing financial crisis: Hannan then put the footage of his speech onto his YouTube profile and after furiously promoting it, found it had become a viral monster (it currently stands at just over 2 million views—incredible for a British political speech). There’s no need to go into the validity of his claims right now, as that’s not what this post is about, but what is interesting is what it tells us about how one can make something go viral.

While the speech was made by a British MP, in the European parliament and, presumably, was aimed at an English constituency, the reason that it became as successful as it did was because it was picked up by The Drudge Report, the infamous American site. This highlights how, despite the fact that the web is now very much a global medium, it is still often necessary to build popularity in the US in order to ensure that your story starts circulating the email inboxes of the UK. When promoting a video aimed at raising awareness of road safety amongst cyclists & drivers in London, we undertook a strategy based on this fact and purposefully targeted digg and other sites with large US audiences. 12 million views and counting later and we think we made the right decision. I’m guessing that Hannan does too.

Second, there was the Rodney King-like incident in which a man who died at the recent G20 demonstrations in London was seen, on video shot by a passer-by, being assaulted by the police. Up until that point the police had issued misleading statements about their involvement in the incident—some have even suggested that they lied. However, as further pieces of film and still images emerged casting the police in an ever darker light, so it became apparent that the story was not likely to go away. And, ignoring the potentially terrifying implications of the actual incident itself, this once again provides us with some salutary lessons.

Because no matter how well you may think you can manage your brand’s image online, if you’re getting involved with the general public you have to be prepared for the fact that they might disagree with you, and might back up this disagreement with user-generated-content which can, if put in the right place, destroy a brand: when camera-phones, Flips & services like Twitter turn citizens into journalists, all brands need to be wary . What’s also interesting here of course is the fact that the content was passed to a mainstream media organization, The Guardian, rather than distributed at a lower level, which suggests that those foreseeing the death of ‘big media’ may still have some time to wait. 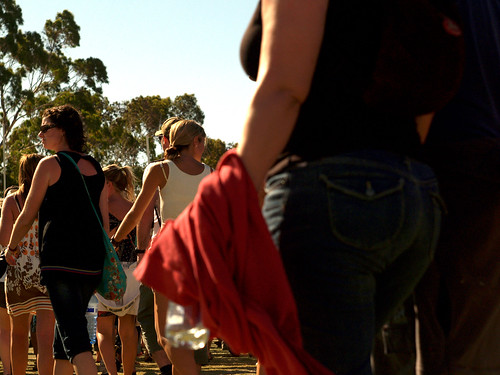 Finally, the last few days has seen the ruling Labour party involved in a rather demeaning incident in which a number of people with connections to Gordon Brown have been implicated in an attempt to set-up a new blog called The Red Rag, the sole aim of which was to publish gossip about opposition Conservative MPs. Whilst the site never went live (it still said Hello World as I wrote this) the mere suggestion that people officially connected to Labour considered such actions has lead, unsurprisingly, to a huge scandal. Again, I won’t go into the rights and wrongs of what did or didn’t happen (though it’s pretty obvious that they were mostly wrongs), except to say that the lesson here is that just because a competitor is doing something, that doesn’t mean that you should (and that you should never trust email).

For whilst the revelation of the planned site came from a right-wing blogger called Guido Fawkes, what’s most interesting about this whole sorry episode is that the Labour officials implicated were, in many ways, trying to beat the right-wing blogs at their own game: Fawkes’ strap-line is “plots, rumors & conspiracy,” while the US blogs that all the British ones aspire to be like, such as Drudge, have long made a buck by promoting stories that may or may not have a close relationship with the truth. (Interestingly, Fawkes’ dedication to the truth was such that he “only” wanted £20,000 from the Daily Telegraph to give them the emails.) And so, by totally misunderstanding their own audience and underestimating their opponents, they have managed to smear no-one but themselves.

Taken individually these three stories may not seem to have any wider relevance to digital businesses, or those of us who spend much of our time online. But, taken together, they suggest some seismic shifts in the way that people now accumulate & pass-on information which can probably best be explained by paraphrasing Clay Shirky, the digital futurologist & evangelist for crowdsourcing:

So forget about blogs and bloggers and blogging and focus on this — the cost and difficulty of publishing absolutely anything, by anyone, into a global medium, just got a whole lot lower. And the effects of that increased pool of potential producers is going to be vast.

And whilst all of these points may seem obvious, and it may seem apparent to us that the web is changing the way that people & politicians, subjects & police and consumers & brands are interacting, then the fact that so many powerful people can still totally misunderstand these new relationships suggests that there is still a lot of work to be done.

Blogging image by antigone78, red rag by k.ivoutin, both on flickr.