Did you notice the iOS app store search results have changed? Some have. TechCrunch reports that a week or so ago, Apple updated their App Store search algorithm, and the rankings of many apps for many keywords have changed.

Sarah Perez said, “[A]round a week ago, it appears that Apple yet again tweaked the way its rankings worked, but this time around, the changes have only impacted a subset of iPad app developers in the US App Store.”

My company has several apps, and I noticed ranking changes, some positive and some negative, for our key apps in both iPhone and iPad App Store searches.

The TechCrunch story shared several charts and examples of tools showing ranking changes across apps as large as Facebook, and also to other smaller apps.

Here is one example from the story:

The app’s download ranking has since begun climbing back up, reaching again #2 in “Social Networking” and #9 “Overall” by mid-week. 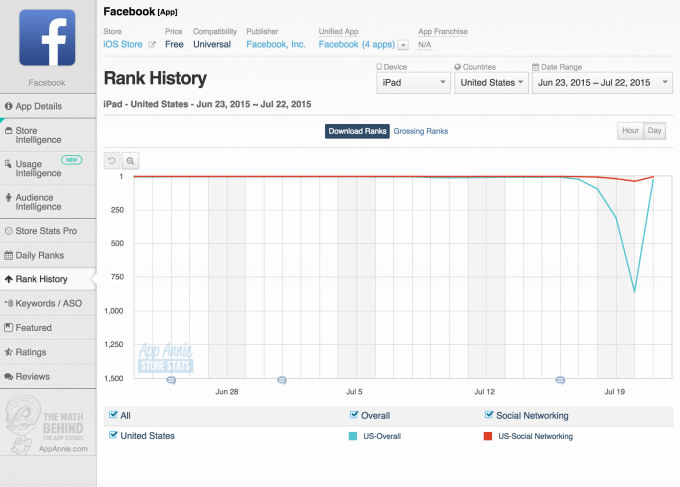 You can see other examples and more details at TechCrunch.