Bing has announced they have added transit directions in 11 cities. Transit directions can be used to determine the best way to get from point A to point B via bus, subway, or local rail. Bing released this feature for Boston, Chicago, Los Angeles, Minneapolis, New Jersey, New York City, Philadelphia, San Francisco, Seattle, Washington […]

If you go to Bing Maps in one of those 11 cities, you should see a new directions icon. The directions icon shows a bus, which means all “transit” options. By clicking that option, you may get transit directions. 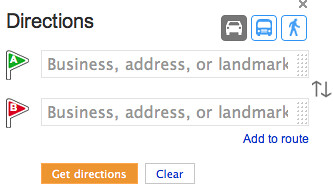 Google released their transit directions in 2005.