comScore: Google Gets High Again In US Search Share 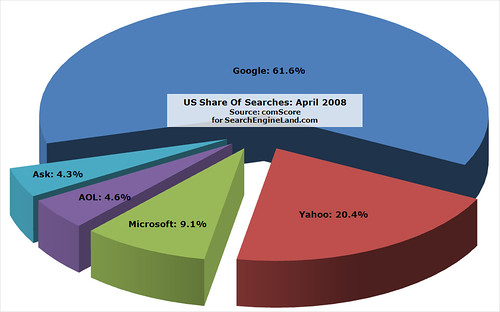 As with recent search stats from
Hitwise and
Nielsen, comScore’s
latest stats
for April 2008 search engine share in the United States shows Google hitting a
new high, breaking through the 60% mark for the first time with comScore’s
measurements.

Searches that happened on the five "core" search engines that comScore tracks
stack up as follows:

The trend over time? Here’s data going back to June 2007 (I don’t have
previous months because comScore
changed its methodology,
and I don’t have adjusted figures prior to that period): 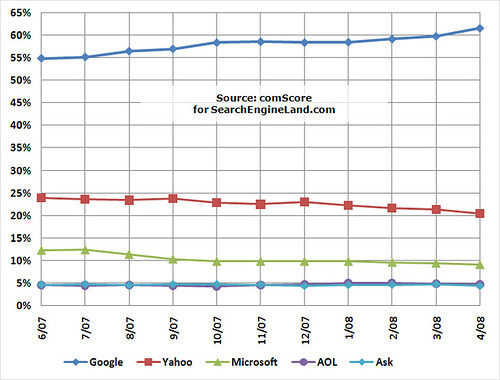 As you can see, Google set a new high for the period. Yahoo and Microsoft
continued hitting new lows from their previous lows
last month. 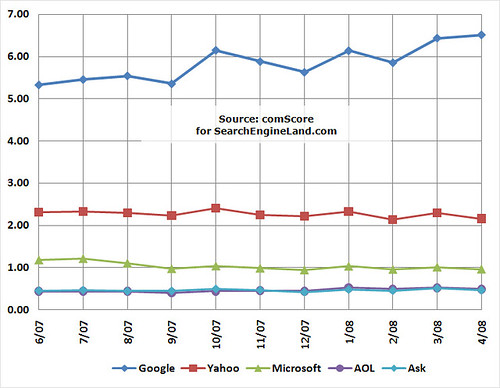