(Editor’s Note: This is the first in a series of articles looking at the aftermath of Google’s Panda algorithm update, which launched February 24, 2011.) Two years ago today, Google sent shockwaves through not only the SEO industry, but also through online publishing in general when it launched the Panda algorithm update. It was originally […] 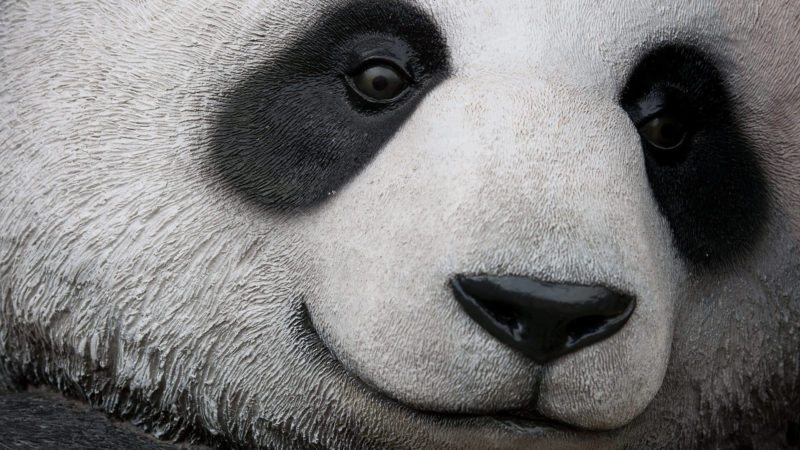 (Editor’s Note: This is the first in a series of articles looking at the aftermath of Google’s Panda algorithm update, which launched February 24, 2011.)

Two years ago today, Google sent shockwaves through not only the SEO industry, but also through online publishing in general when it launched the Panda algorithm update.

It was originally called the “farmer” update because Google’s prime target was “content farms,” a name used to describe sites that created high-quantities of low-quality content that sometimes ranked highly in Google’s search results. Although Google didn’t specifically say it was targeting content farms when Panda launched, Matt Cutts, head of Google’s webspam team, told us at the time: “I think people will get the idea of the types of sites we’re talking about.”

And Google’s targets became more obvious in the days after Panda launched when several search and software companies began issuing lists of winners and losers — websites that had been hurt or helped by Google’s algorithm change.

As you’ll see below, on a list of nearly two dozen of Panda’s original losers, only two websites have returned to the SEO visibility that they had about three weeks post-Panda. The others have all continued to lose search visibility.

Some other Panda-hit websites have recovered, though not all of those recoveries have been permanent. We’ll look at all that later in this article. First, some background.

It only took two days for the first look at Panda’s winners and losers to come in. Companies like Searchmetrics, Sistrix and others used their own tools and data to tell which websites lost or gained visibility in Google’s search results. Though these reports are far from official, many of the sites impacted eventually stepped forward to confirm that they were hit.

Panda’s early winners included several major content destinations like YouTube and Wikipedia, plus large brands like eBay and Amazon. Hundreds of other sites, big and small, no doubt saw their visibility go up as others were hurt. As I said above, for every loser that drops out of Google’s search results, there has to be a winner replacing it.

Our reports on Panda’s early losers listed hundreds of sites; here are some that were commonly included:

You might’ve expected to see some of Demand Media’s sites on that list, but they were largely left off the first lists of Panda losers. More on that in a moment.

How Are The Panda Losers Now?

In a nutshell: Still losing.

In fact, some of Panda’s losers no longer exist and others have completely changed their name and/or business model. That’s the topic of tomorrow’s article.

We recently asked Searchmetrics to go back to one of its original lists of Panda losers from two years ago, and run its same “SEO Visibility” report on some of them. The company did that last week, and provided loads of information. (Note: We also contacted Sistrix with a similar request, but didn’t receive a reply in time for inclusion in this article.)

Searchmetrics looked at 22 Panda losers and compared their visibility in Google’s search results at three points:

Here’s a spreadsheet that Searchmetrics shared with us (you can click to see a larger version):

(Note: The numbers reflect Searchmetrics’ “SEO Visibility” score, which doesn’t reflect estimated traffic losses, but instead reflects how visible a domain is in Google’s search results across millions of keywords that the company tracks.)

In the image above, the key columns are to the far right: H and I. The way to read it is this: Suite101.com has seen its SEO visibility drop 96 percent since before Panda and has dropped 81 percent from its post-Panda visibility.

If you browse down column I, you’ll only see two sites with a positive number: Both MerchantCircle.com and Business.com have rebounded enough to have their current SEO visibility score be better than it was after Panda launched. But, as column H shows, both are both still far less visible than they were before Panda came along — as are all of the other 20 sites in this Searchmetrics list.

The SEO visibility chart for Business.com, shown below, is an eye-opener.

Panda’s impact is obvious in February 2011, and the site’s visibility looks like a seesaw after that. It appears to have won back visibility in late 2011 or early 2012, around the time of Panda 9 or 10. It’s bounced a few times since then and today is doing a little better than it was right after Panda, but nowhere near pre-Panda visibility.

What About Demand Media Sites?

They’re not included above because, for the most part, they weren’t originally among the big Panda losers.

The company’s flagship site, eHow.com — a site that many associated with the term “content farm” — was actually reported to have gained visibility when Panda launched. That didn’t last long, though; eHow was hit a couple months later when Google rolled out Panda 2.0. Searchmetrics’ chart shows eHow gaining visibility in February 2011 when Panda launched, but losing it in April 2011.

Although the site’s visibility appears to have gained a bit since September 2012, it’s still down 63 percent in Searchmetrics’ SEO visibility score compared to pre-Panda levels.

Another Demand Media site, Livestrong.com, spent much of 2012 on the rebound from Panda.

Searchmetrics says its SEO visibility dropped 35 percent in the first few weeks post-Panda — far less than some of the others mentioned above. But, as the chart below shows, it not only rebounded in 2012, but also far exceeded its SEO visibility … at least until the latter portion of the year.

After regaining visibility all year long, it appears that Livestrong was hit hard by Panda Update 22 in late November. It’s been dropping ever since. Today, Livestrong.com is about 13 percent below its pre-Panda visibility.

Panda hurt Demand Media: A year ago, the Los Angeles Times reported that Panda was to blame for Demand suffering a $6.4 million loss in Q4 of 2011.

But just last week, in its latest earnings report, Demand Media said that page views were up 24 percent in 2012 (compared to 2011) on its owned and operated websites, “driven primarily by strong traffic growth on eHow.com and Livestrong.com.” In the statement, CEO Richard Rosenblatt said the company “improved content quality” in 2012 and is “now prepared to significantly increase our content investments in 2013.”

Despite that optimism, Demand Media’s sites appear to be a mixed bag at this point in terms of post-Panda recovery.

At least one other site, however, has done better.

Motor Trend is a long-running magazine with a presumably trusted website, and its annual “Car of the Year” award is about as prestigious as it gets in the auto industry. I’m not a Motor Trend reader, nor have I ever spent quality time on the MotorTrend.com website. So, I can’t speak to whether it deserved to get hit by Panda. But it certainly did, as this Searchmetrics chart shows:

MotorTrend.com was obviously hit in the initial Panda update, then recovered in July 2011 around the time of Panda 5. It dropped again with Panda 7 — and we mentioned it in our coverage — then quickly recovered again a couple weeks later with Panda 8.

Today, the site appears to have steady visibility based on Searchmetrics’ scoring — and better visibility than it had pre-Panda. I don’t recall ever reading about Motor Trend’s trials in dealing with Panda, but it might be an interesting read (assuming the magazine was aware of that five-month visibility drop).

The irony of Motor Trend being hit by Panda, and then recovering as it has, is that one of Google’s 23 questions for Panda-hit webmasters was, Would you expect to see this article in a printed magazine, encyclopedia or book?

Perhaps Google realized the answer to that question, in this case, was “yes.”

This series on the second anniversary of Google’s Panda update continues tomorrow with a look at its aftermath and impact on several of the sites that were labeled as losers. (UPDATE: That article is now online: Google Panda Two Years Later: The Real Impact Beyond Rankings & SEO Visibility.)