Here is a sample of the special icons in the maps: 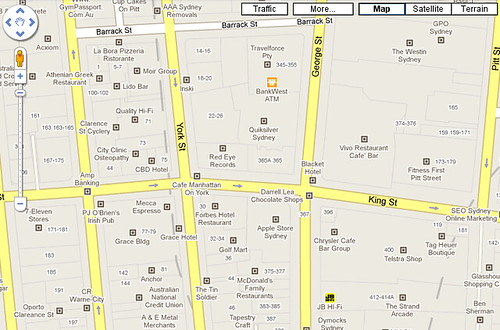 As you can see, they are totally different than the other standard icons used. Google said, “advertisers will pay to have these sponsored map icons appear on the Map instead of a generic icon, helping to generate awareness of their locations among the millions of people who visit Google Maps every day.”

So how do you pay for your business to get this icon? Well, you can’t yet but you can let Google know you are interested by filling out this form.

I should note that some searches in Google Maps do drive Google local ads, and some of those do have special icons. That was a feature back in 2007. This however is having an icon show up in a map view, even without a search.