Today would be his 82nd birthday celebration. Technically, Martin Luther King, Jr. was born on January 15th, but the United States celebrates the first Monday after his birthday as a national holiday for his leadership during the African American civil rights movement. In 1964 he received the Nobel Peace Prize, at that time, he was the youngest person to ever receive the prize.

Here is a larger version of the logo on Google’s home page:

Yahoo, Bing and Dogpile also have special logos and designs, as I noted. Here they are: 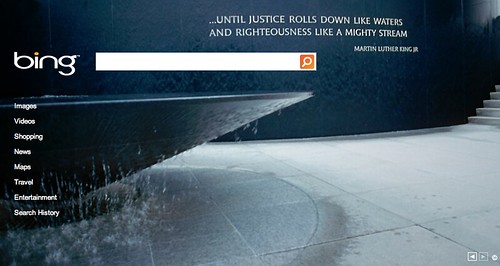 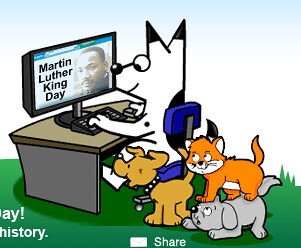