A few years ago, while others were investing in their mapping platforms, AOL was coasting with MapQuest. AOL’s sustained neglect of the online mapping pioneer cost the site its leadership in digital maps. Now, the company hopes to claw its way back with new content and functionality in what was described to me as phase […] 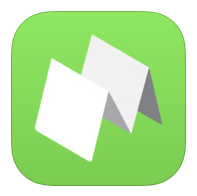 A few years ago, while others were investing in their mapping platforms, AOL was coasting with MapQuest. AOL’s sustained neglect of the online mapping pioneer cost the site its leadership in digital maps. Now, the company hopes to claw its way back with new content and functionality in what was described to me as phase one of a new multiphase rollout.

Call it a reboot. Although the site has had several false starts in trying to do that over the past couple of years (e.g., MQVibe).

Despite this, MapQuest’s strong brand has kept the AOL division from falling off — dare I say it — the map. Other than perhaps The Huffington Post, MapQuest is AOL’s strongest and most enduring brand. Frankly I have always been mystified by AOL’s apparent ambivalence about MapQuest.

MapQuest SVP and GM Brian McMahon told me this week, however, that the company is now very much behind it and reinvesting in the property. As an indication, he said that AOL Travel now reports in to MapQuest.

During an earlier call last month, McMahon rattled off a number of statistics to prove that MapQuest was still very much in contention with the public:

He argues that “the book hasn’t been closed on online mapping.” In fact, McMahon asserted that development in digital mapping has really slowed. “The mapping industry hasn’t innovated in awhile.”

McMahon and his team told me that MapQuest is “rebuilding the core experience” on a new and more versatile platform. He said this will lead to an improved user experience overall but also to much faster deployment of new content and features in the future.

The screenshot above shows one of new profile pages, with commerce/booking functionality built in. Yelp reviews are prominently featured. Yelp is just one of a number of new local content or tools partnerships being introduced:

MapQuest will also continue with existing partners OpenTable, Priceline and MLB. McMahon explained that there were more such partnerships on the way. “We’re not trying to own all the data; we’re happy to partner with the best data providers,” he added.

The new MapQuest will be responsive, though the mobile portion of the new site has yet to launch. McMahon also indicated that the map style/UI will change later in the year.

I find the profile page in the map background (internally called “center stage”) somewhat awkward as it stands, but I’m glad that AOL is reinvesting in the property.

It’s going to take a great deal for MapQuest to reclaim the mantle of innovation. And McMahon acknowledges that what the company is doing right now is more analogous to repair work than breaking any new ground. Let’s hope that later in the year, MapQuest does truly “innovate” and show us some provocative new things.