My Friendly Meet Up With Google Israel

I had the privilege of meeting with the Google Israel team in their Tel Aviv office.  Eyal Miller, the manager of the technology sector of Google Israel was kind enough to give me the office tour and introduce me to the people. As some of you know, Google has two offices in Israel.  One in […] 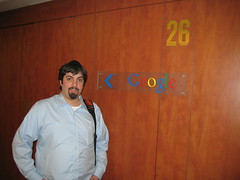 I had the privilege of meeting with the Google Israel team in their Tel Aviv office.  Eyal Miller, the manager of the technology sector of Google Israel was kind enough to give me the office tour and introduce me to the people.

As some of you know, Google has two offices in Israel.  One in up north in Haifa and the other in Tel Aviv.  I only visited the Tel Aviv office, which has a floor devoted to engineers and another floor of sales and marketing staff.  The Haifa office, I am told, is devoted to engineers.  In total, there are about 80 Google engineers based in Israel, they work on a multitude of projects, including the very popular Google Insights for Search. 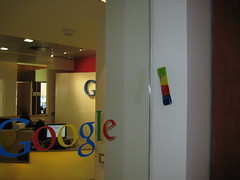 I have been to a few Google offices, including the Mountain View campus and the New York office. I was pleasantly surprised to see how ‘Google-like’ the Tel Aviv office was.  Even before we stepped foot into the lobby,  we took notice of the Google colored Mezuzah (a Jewish symbol for the doorpost).

Before entering the office, I decided to use the bathroom, to find code examples posted above the urinal – not uncommon in other Google bathrooms.  We then entered the Google office and signed in via a computer kiosk, as you would in any Google office.  We got our name badges and sat in the lobby, which had the classic Google Map that showed where in the world searches are taking place, plus a screen that showed various (I believe, live) searches from across the globe.  Of course, the lobby area was decked out in 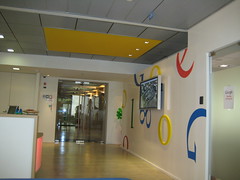 fun looking sofas, a Google Fridge (220 volt), lava lamps and so on.  Like I said, the Google Tel Aviv office, is extremely ‘Google-like.’

Eyal Miller came in and introduced himself to my wife and I.  Yes, I took my wife with me on this trip.  He first explained that I cannot take any pictures of the engineers floor.  Google is known for keeping the engineers and what they are working on, very secretive – it makes for the culture of Google.  So he showed us around the engineers floor and quickly took us to the sales floor, where we were able to take more pictures of the cute colorful beanbags, massage tables, more lava lamps, free food, and so on. 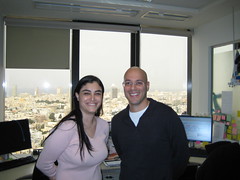 Miller began to introduce me to the various Googlers in that office.  We met Rachel who is the personal assistant for Meir Brand, Google Israel’s Director.  I also met Meir Brand himself later on.  I met Riki Drori, the marketing manager, and then several members of Miller’s team including Koby, Anat and Michal.  Miller took us into his office, where his team was hard at work – and the view was unbelievable.  The Google Tel Aviv office is in the Levingston building – I am told it is a popular office building in Tel Aviv, and I can see why.  From the window, you can see the beautiful beach line and picturesque blue sky.  I took quick notice that each member of Miller’s team had goals listed on the whiteboard.  Miller’s goal was to drink two bottles of water per day.  Miller explained later that his team is very health conscious and they put him on a very strict health diet.  This is often something you would see in Google offices, i.e. Googlers treating other Googlers as family. 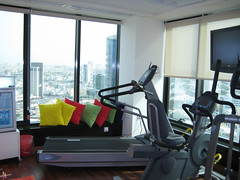 We then went into a corner conference room, which had an even nicer view – which I thought was impossible.  I then had time to ask Miller a bunch of questions about what the Google sales and marketing team does in that office.  Miller explained that it was his job to work closely with the leading Israeli technology companies and try to help them use Google’s solutions to improve their businesses.  His goal was to get more of these companies more involved in the web and making more sales at a higher ROI (return on investment).  He works with startups, such as companies like Incredimail – an email marketing company that is popular in the US but is based in Israel.  His team will manage the campaigns directly for these companies, plus they also support agencies, such as companies like Compucall, Podium Israeli SEM firms.

I asked Miller how the economy was impacting Google’s business in Israel. He started off by saying that Israel just saw a huge spike in layoffs, just like America.  I believe that day, the Israeli economic reports showed a loss of 17,500 jobs in December, which is huge for Israel.  But Miller explained that the Israeli banks are strong and they did not start feeling a slow down until much after America’s recession began.  He said business is still very good but he would not be surprised to see things slow in the short term. 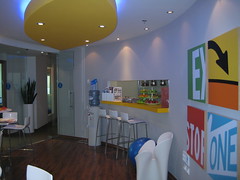 Historically, Google has been known to take some heat from the SEM industry for “poaching” PPC clients from local agencies.  I have personally written about such activities and rumors in both the US market and European market.  I first asked Miller if Google charges a management fee for managing PPC campaigns.  The answer was no, Google does not charge a management fee.  Why does that matter?  Most, if not all, PPC management companies charge a monthly management fee.  So to run a PPC campaign directly with Google, you will save on the management fee and thus have more ad budget to spend directly on the clicks, as opposed to spending it on management.  This is why some PPC agencies are upset that Google will manage campaigns directly for businesses.  It basically cuts out the agencies that bring business to Google.  I asked Miller, if he was aware of the history of some PPC agencies in the US being upset with Google ‘going direct’ to the consumer.  He said he was not aware of the situation in the US.  He added that in Israel, the agencies  and Google get along very well.  He said, they often stop by, use Google’s offices for client meetings, they learn about new features and are educated by Google on some PPC strategies.

I didn’t want to take Google’s word for the Google/agency relationship.  So I asked some local PPC companies what they felt.  Ophir Cohen, the CEO of Compucall, a web marketing company based in Israel, told me “Google Israel to be a wonderful partner for my business.” I received similar statements from other local Israeli SEM companies. 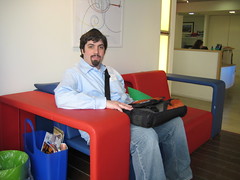 To be honest, none answered my direct question on the poaching and if it is an issue. Possibly the most interesting comments cam from Gilad Sasson of Nekuda.co.il (also known from Algoholic). Gilad told me that he became an AdWords certified profession back in 2004 and everything was great back then. But in 2006, he said Google Israel’s sale team came in and began to initially offer help to the agencies. Soon later, some clients found their way over to working with Google directly, “cutting the agency fee” and possibly “convincing clients they’ll do better” directly with Google then the agency, Gilad told me. Possibly those companies felt it was more enticing to work directly with Google, who knows. But Gilad expressed he was not angry with Google, it just made agencies like his, work harder to show the clients their value add. Gilad did say, he was “very disappointed” to see “any vendor offering long term mutual partnership for lead generation / customers nurturing and then approaching directly to the client, ignoring the agency.” It is important to note that Gilad no longer works for that agency and does little PPC work these days.

These days, I don’t hear much about agencies being upset with Google over the poaching issue. So I assume much of it has died down or agencies have learned how to compete.

That was the bulk of our conversation.  I would like to thank the Google Tel Aviv office for their warm and gracious hospitality why I was visiting them.  I would also like to thank Eyal Miller for showing us what a Crembo was and how to enjoy the rich flavors of the special ice cream wafer.