These results beat consensus estimates but are mixed in other respects.

Here are some overview slides from the presentation: 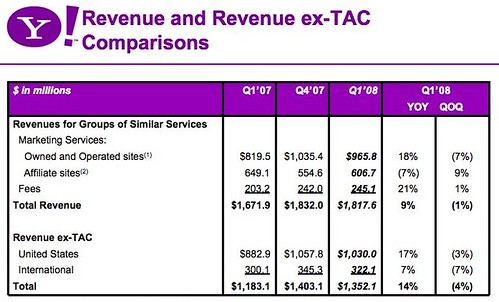 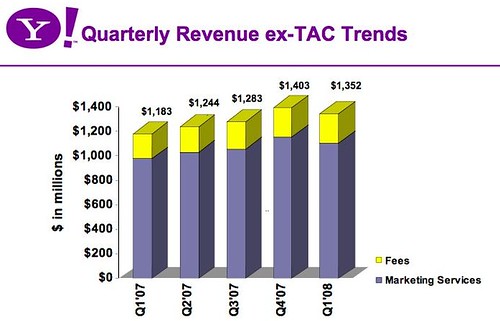 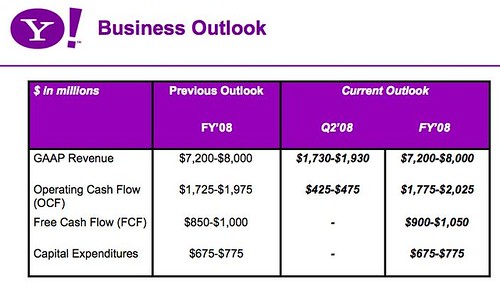 The full earnings release can be found here. More after the earnings call.

Postscript: Yahoo President Sue Decker touted Panama’s success and affirmed Yahoo’s desire to be a significant player in search advertising (read: we’ll keep our own platform). She said, however, that the company is seeking to optimize near-term search revenue and that may include a deal with Google. She did caution that it was too soon “to speculate” about any outcomes or the certainty of any deals.

Decker also said said that AMP is a “display platform” and Panama is distinct, but she indicated that over time search will be “integrated fully” into the AMP platform capability.

CEO Jerry Yang downplayed the “distraction” represented by the Microsoft bid, saying that it had almost no impact on Yahoo’s initiatives or performance. (The rank and file might disagree.) Yang also affirmed that Yahoo was still “open” to a deal with Microsoft but wanted such a deal to recognize Yahoo’s full value and “unique combination of assets.”