Google AdWords Search Funnels Launched: See All The Keywords That Led To Conversions

Google launched a new AdWords reporting feature named AdWords Search Funnels. AdWords Search Funnel shows you all the keywords that assisted in conversion made through Google AdWords, rather than just the last one before a buy or conversion action. This feature is being rolled out over the next few weeks, so keep an eye out […]

Google launched a new AdWords reporting feature named AdWords Search Funnels. AdWords Search Funnel shows you all the keywords that assisted in conversion made through Google AdWords, rather than just the last one before a buy or conversion action. This feature is being rolled out over the next few weeks, so keep an eye out for it.

Until now, Google would only show you the last keywords that led to a conversion. In many cases, searchers will go through a searching process that includes research that might not lead to an immediate sale but may assist in a sale after a few more searches.

For example, imagine someone searches for [camera] then visits your site and does some research. They later search for a specific model number that they want to purchase. They end up back on your site and convert based on the specific model number. Google will show you in the Search Funnels report that the keyword [camera] did not specific convert, but assisted in a conversion.

How’s Google gathering the data and protecting user privacy? A variety of ways.

In terms of user privacy, Google’s not reporting actual search queries — the exact search terms entered in the order they are entered — but rather a list of keywords used overall. Further, any “non-popular” search paths are not reported. In other words, you shouldn’t be able to single out a particular individual. Instead, only popular funnels drawn in aggregate from data are reported.

First, only advertisers who make use of the AdWords conversion tracking code will even see tracking reports. Second, someone has to actually convert for a report to be available. Third, someone needs to click on an ad.

There is a summary page that includes total conversion, average days to convert, average ad clicks to convert and average impressions to convert. You can drill down deeper to see specific details.

For instance, you can see the distribution of the number of impressions and the percentage of those searches that led to a conversion (i.e. 45% convert after 1 impression and 20% convert after 2 impressions, etc.). There are reports that show a breakdown of the number of clicks leading to conversions, the time to convert, the top paths to convert and so on. I will post screen captures of sample reports, which should explain most of these reports.

It is important to note that you can set up conversion types to better differentiate between true assisted keywords and fake assisted keywords. For example, if you sell both dresses and cameras, most of the time an assist from a keyword search on [dresses] would not be relevant. So there are ways around that.

Finally, I have asked if the AdWords Quality team takes into account “assisted” conversions. Obviously, as a advertiser, to keep your quality score up, you want keywords that lead to clicks and conversions, but these reports can show you that impressions and non-converting keywords do play a role in conversion. When I hear back, I will update this post. Update: Google told me, “Search Funnel data does not affect quality score. You can see the core components of calculating quality score here.”

Here is a video demo on these new reports, and Google also discusses them more on their blog here.

Here are screen captures of some of the reports: 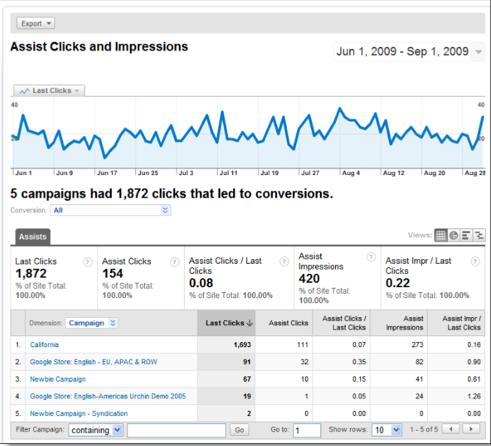 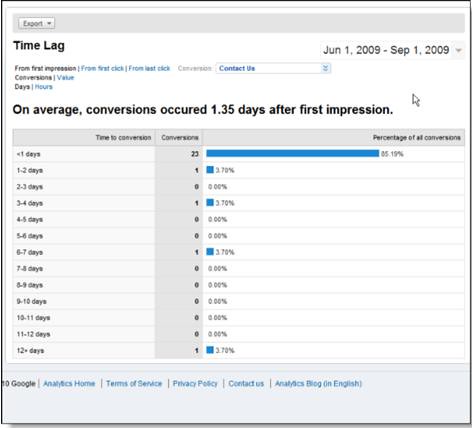 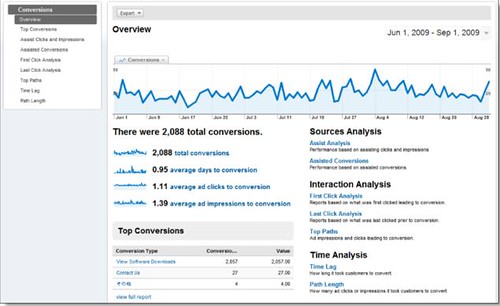 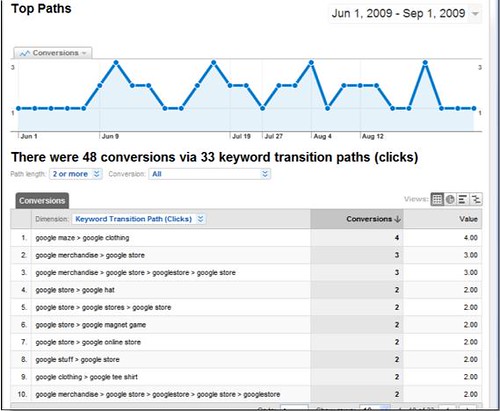 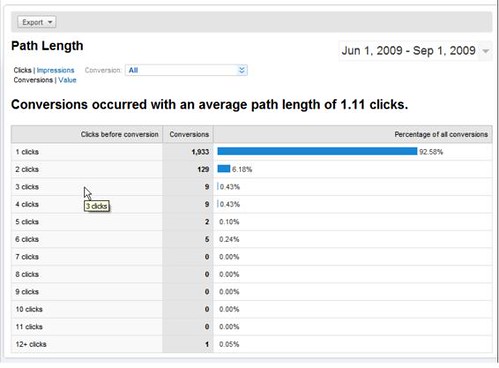