As of yesterday Google’s new offline mapping capability for Android devices is now live (with a Google Maps update). It was announced a couple of weeks ago at the Google Maps “next dimension” event that preceded the announcement of Apple’s new mapping platform. Offline maps are available for 150 countries, and users can save offline […] 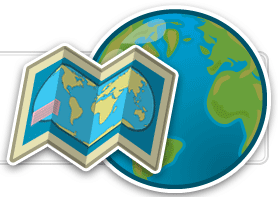 As of yesterday Google’s new offline mapping capability for Android devices is now live (with a Google Maps update). It was announced a couple of weeks ago at the Google Maps “next dimension” event that preceded the announcement of Apple’s new mapping platform.

Offline maps are available for 150 countries, and users can save offline maps for up to six large metropolitan areas (e.g., Manhattan). To save a map, you search for the desired location, pull up the mapping menu (not the layers) and select “make available offline.”

You’ll be asked to confirm or crop the area of the map you want to download. If an offline map isn’t available for the selected area that’s immediately indicated. Depending on the designated area and density of the map it can take some time for the map to download, especially over a wireless network connection. Offline maps are stored in the “My Places” area.

Even when there’s no wireless signal the blue dot will follow you as you move around, or if you’re on a WiFi-only device and there’s no connection (e.g., the Nexus 7). As an aside, I think the Nexus 7 (or other 7-inch Android tablet with Google Maps) will help move the tablet “out into the streets.” Currently most tablet use is at home.

Using this feature on a larger-than-a-smartphone screen is going to offer a somewhat better experience. Regardless of the device, you can pan and zoom around and look at neighborhoods or zoom out and view at the entire map area. Overall it’s very useful.

The thing you don’t get — and it’s a bit frustrating but requires an adjustment of expectations — is the ability to search for places/things or populate the map with local information when you’re offline. In my tests I also wasn’t able to conduct a local search (e.g., London pubs) and save those locations as part of the offline map. That would be a great addition to the capability and make offline maps even more useful.

Accordingly, right now, Google offline maps are basically a more compact and dynamic substitute for a paper map in your pocket. They can also indicate whether you’re headed in the correct direction (the compass feature works too). However you’ll need a connection to do any searching for content (beyond transit locations such as subway stations).

I have never used Nokia Maps offline so I cannot compare the two at this time. Nokia will provide the mapping functionality for Windows Phone 8 when those devices are released in the fall. Apple Maps will require a wireless or WiFi connection.