Meet The 25-Year-Old Who Saved “SEO” From Being Trademarked

Back in April 2008, Jason Gambert began his attempt to trademark SEO. But last week, Gambert’s claim was formally blocked. That wasn’t due to a big company or industry group fighting it. It came down to a few individuals in the SEO industry, with ultimately one woman — Rhea Drysdale — who fought to the […] 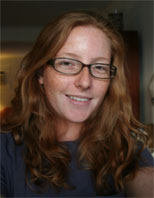 Back in April 2008, Jason Gambert began his attempt to trademark SEO. But last week, Gambert’s claim was formally blocked. That wasn’t due to a big company or industry group fighting it. It came down to a few individuals in the SEO industry, with ultimately one woman — Rhea Drysdale — who fought to the end using her own money and time to beat it.

The challenge began when SEOmoz filed the first opposition to the trademark in 2008. However, the company never pursued this further due to their legal spat with Ripoff Report. Jonathan Hochman of Hochman Consultants‘s complaint with the USPTO was sought through the whole way, but it ultimately did not succeed. ArteWorks.biz also filed oppositions, but did not appear to keep at the case.

It was ultimately 25-year Rhea who kept going to the end. Rhea, who has been part of the SEO industry since 2004 and recently helped found Outspoken Media as its Chief Operating Officer, put two years of her life and nearly $20,000 of her own money, to fight this battle for the industry. On March 11, 2010, the USPTO has officially terminated Gambert’s trademark registration in favor for her opposition.

Here is the statement from the USPTO document:

The Board’s order of October 29, 2009 made clear that applicant was to supplement his responses to opposer’s discovery requests within twenty days of the order. The order further stated, in no uncertain terms, that “opposer’s attorney is to be in receipt of applicant’s responses within twenty days.” Applicant was warned that his failure to comply with the Board’s order “in any way” would be grounds for an entry of judgment against him. Applicant’s failure to comply with the twenty day deadline cannot be overlooked. We agree with opposer that applicant cannot rely on Trademark Rule 2.119 or the Federal Rules in this instance. The record is clear that opposer’s attorney was not in receipt of applicant’s supplemental responses within twenty days of the order or November 18, 2009. Moreover, our review of the untimely supplemental responses of applicant submitted in conjunction with opposer’s reply brief reveal that applicant’s responses remain, on the whole, deficient. Our patience with applicant has worn thin.

In view thereof, opposer’s motion for sanctions is granted.

The opposition is sustained, and registration is refused to applicant.

When Rhea noticed that attention from the various industry bloggers, including myself, did not stop Gambert from moving forward with his SEO trademark application, she decided to take matters into her hands. With the initial help from the companies listed above, and Michael VanDeMar and Jim Hedger, she hired lawyer Cheryl Meide from Meide Law with her own money — $17,004.33 in the end — to block the trademark request.

Rhea explains today she learnt a lot from this process. She says she is “much more business-savvy” now and ultimately has this win to show for it. She told us that she’s never asked for money in the battle nor feels like the industry owes her anything. She doesn’t regret this decision, although it was both emotionally and financially taxing for her. But she is happy that she was able to help an industry that is still relatively new and growing.

Is there a way for people to donate after the fact? We’re hoping Rhea will establish some means that people or companies could contribute. But she said she’s not looked into the right way this could happen, nor is she sure that she will:

If it becomes an issue I’ll try to set something up. Otherwise, I liked one tweet about not having to buy drinks at conferences. Maybe a lifetime supply of diet cokes!

I think we all owe Rhea, and all those involved in this process, a deep sense of gratitude for helping fight the attempt to trademark SEO. Rhea, and people like her, they are what makes the SEO industry so special.

It is important to note that Jonathan Hochman also spent about $10,000 in court trying to battle this case. His opposition did not succeed, but that was not his fault. I do not have his PayPal address but you can contact him at this page.

Postscript #3: Rhea has posted a thank you to the industry and for all the kind words and donations.