In this week’s Search In Pictures, here are the latest images culled from the web, showing what people eat at the search engine companies, how they play, who they meet, where they speak, what toys they have and more. The story begins with this car: They drove this car as far as they could but […]

In this week’s Search In Pictures, here are the latest images culled from the web, showing what people eat at the search engine companies, how they play, who they meet, where they speak, what toys they have and more.

The story begins with this car: 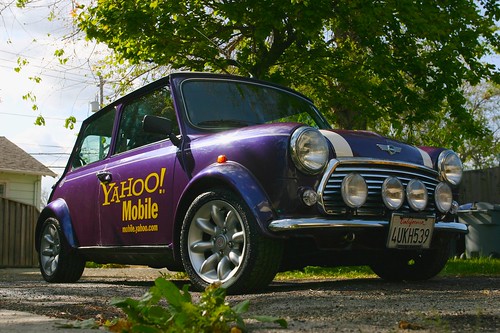 They drove this car as far as they could but then they were confronted by this sign and had to go by foot.

As they followed the trail they met obstacle after obstacle.

There were signs of their fierce competitor, Google! 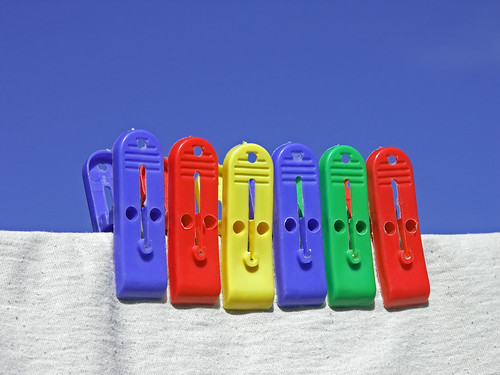 Where did these Google clips come from? Why were they found in the middle of a mountain? Who would of put them here?

As they traveled down the other side of the mountain they met this guy in a local bar. 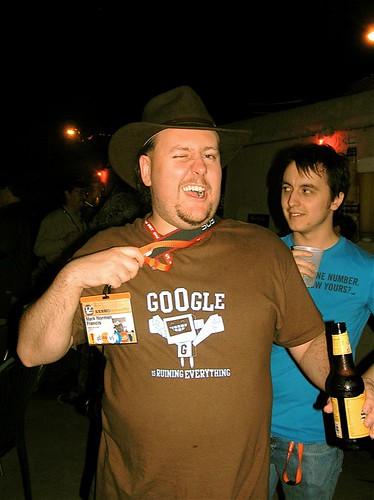 Was this some sort of message from Google? The message read, “Google is running everything.” But what can that mean?

It gets weirder, so weird that it actually scares me also. One from the pact decided to walk into this bar and found dozens of plates that contained this dish.

Does that look a bit too much like the Google logo made out of fruit?

Can it get any more out of the norm?

They look up at the TV in the bar and notice the Simpsons is on. This flashes across the screen. 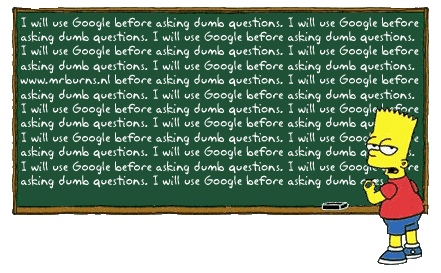 They leave the bar shaken up. And walk a bit further down the road. All of a sudden, they see a skeleton of a T-Rex with a flamingo in its mouth!

Can it be, the T-Rex from Google? Can it be!

They run frantically from the T-Rex, fearing they will be the next victim.

By this point, the group is broken down and devastated. They group is dazed but still appear to be looking for some meaning to what they have witnessed so far.

But as they walk down the street they spot a church. They walk closer to the church and see this message.

Smiles come to the faces of the group. There is some hope!

Soon they find their way back home. Where is home? Yahoo!

They walk in and see this huge cake for them.

More smiles! They eat and rejoice. But then they hear some music from the other room. They walk in to find this. 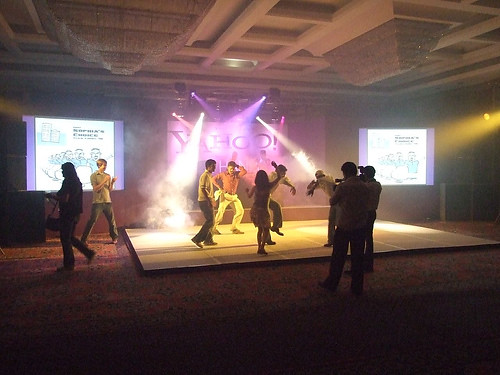 The day is turning out to be just great! How can it get any better?

In any event, I tried hard to bring all those pictures together in one story. Hopefully it worked for most. Here are some images that I couldn’t get into the story, but I thought were notable for this article. 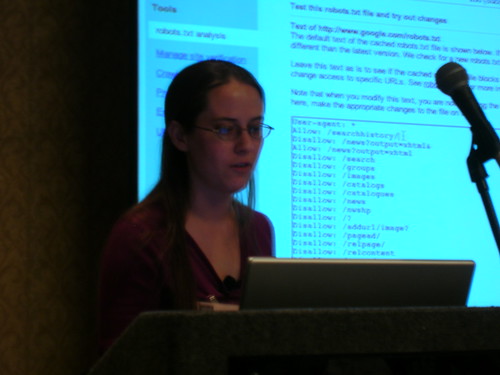 This guy has got a new job, at Google! 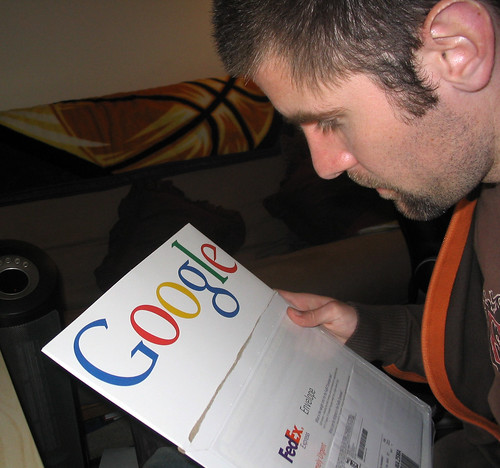 And did you ever wonder what went into making one of those Google Video films for some of those videos on the Google YouTube Channel? 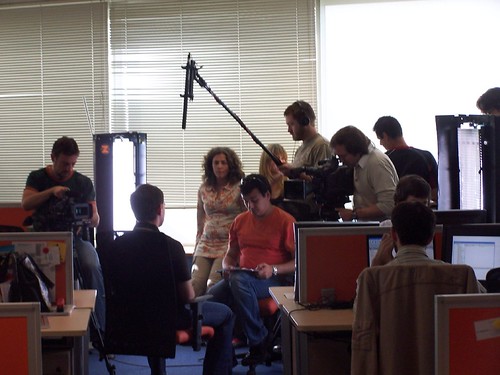 Yes, there is directing. 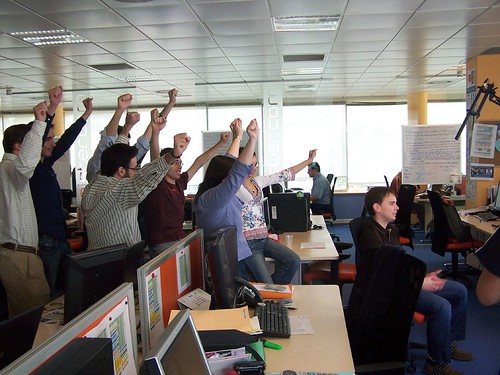