How will Google adapt to the rise of mobile? Columnist Andy Taylor explores the issues Google is facing and the opportunities it has to stay relevant. 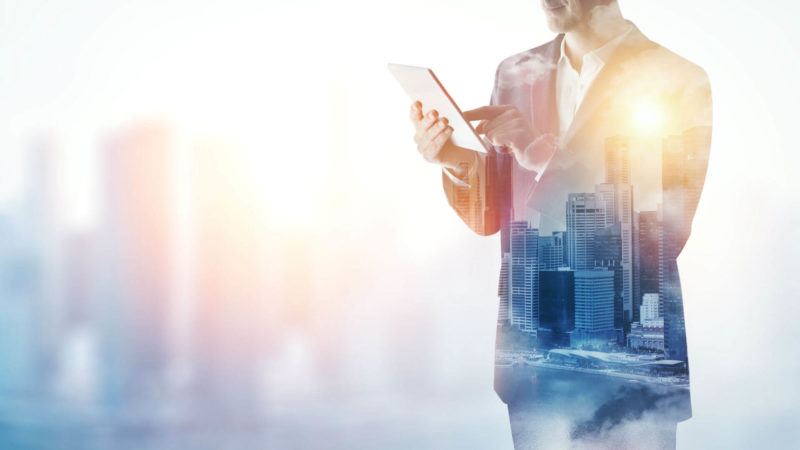 The rise of mobile has long had analysts predicting the fall of Google, as the web simply isn’t as convenient on mobile devices as it has been on desktops. A worse browser experience means a worse search experience, and mobile users have historically had to blindly click into a search result and hope that the website on the other side was usable on their device.

The writing on the wall isn’t lost on Google — and today, more than ever, it’s making optimizations geared towards upgrading the quality of the mobile search experience for both paid and organic links. The future will likely hold more of the same as Google fights to solidify itself as the place to go for queries of all types on all devices.

One of the most obvious updates that reflects Google’s dedication to providing an optimal search experience on mobile was the mobile-friendly algorithm update pushed out on April 21, 2015, and announced weeks earlier on the Webmaster Central Blog.

The update promised shakeups in the mobile organic landscape as sites that didn’t meet the mobile-friendly requirements would lose search engine visibility. While the update didn’t bring as much chaos as many had feared (or hoped for) in terms of mobile rank shifts, it brought sweeping changes from some of the top sites which took Google’s warnings seriously and acted accordingly.

By forcing antiquated websites to upgrade their user experience on mobile, Google leveled-up the quality of its own search engine, as the experience once users leave the search results is now superior. While the site updates are mutually beneficial, it was Google that had the cards to make the sweeping changes necessary, and the websites had to cover the bill of reconfiguring their mobile experiences.

But of course, upgrading the quality of organic listings still doesn’t upgrade the entire mobile search experience, as Google still has to think about paid advertisements.

In the early stages of AdWords, no such thing as Quality Score existed, and Ad Rank was determined by the simple formula: advertiser bid multiplied by the expected click-through-rate (CTR).

In 2005, Google rolled out the first iteration of Quality Score in order to better control for the quality of the copy and landing pages used by advertisers, and baked both of these variables into determining Ad Rank.

This was a big development at the time and has had a lasting impact in determining which ads are shown, whether or not they’re featured above the organic results at the top of the page, and how much an advertiser has to pay in the event that a click occurs.

However, it’s largely assumed that for all intents and purposes, Quality Score is still primarily based on the expected CTR of the ad. This may be a result of how difficult it is to have truly bad ad copy or landing page relevance, but particularly on mobile, there are different requirements for users to have a positive experience.

Thus, the rise of mobile may spur Google towards taking landing page relevance and quality into greater consideration in determining Ad Rank, even more so than has been the case since 2011.

The mobile-friendly tag has already been expanded to paid search results in tests but does not (at this point) affect Quality Score, at least according to Google’s statements. This and other factors may eventually be a much bigger part of the mobile Ad Rank algorithm.

Aside from adjusting how mobile Quality Scores are calculated, Google may also be able to achieve greater quality at scale through Dynamic Search Ads (DSA), which run across all device types but may be particularly important for mobile in terms of ensuring quality results.

Since DSA relies on Google’s ability to crawl and assess the relevance of each page on a website — much in the same way organic search relies on Google’s indexation and relevance measures — Google has greater control of which queries an advertiser is considered for based on the content of the advertiser’s website.

If Google were to somehow migrate all paid search traffic over to DSAs, they would be able to get rid of advertisers which they’d prefer not to be involved in auctions for a particular query, since advertisers would no longer be able to specify which keywords they would like to bid on.

As there are fewer available ad spots on mobile devices, eliminating one “bad” ad from the search results has a greater impact than on desktop computers.

Additionally, Google could include as many possible advertisers in each auction as it deemed relevant to the search, maxing out competition between the “best” advertisers. They would also have control over which landing pages were used for these advertisers, giving it greater control of the experience once users click a paid link.

As shown by the recent updates to DSAs announced during the AdWords livestream, Google is clearly devoting resources to DSAs, and at Merkle|RKG we’re certainly getting more and more advice and support from reps regarding best practices.

All signs seem to point towards Google pushing for greater use of these campaign types in the future, and there has been much speculation around the industry regarding the imminence of a keyword-less world.

This is nowhere near the case just yet, as keywords and their match types still represent the most important aspect of text ad management, but if Enhanced Campaigns showed us anything, it’s that things can change quickly.

In the meantime, a potentially even bigger move towards mobile paid ad quality control has recently been confirmed as imminent: the buy button.

My colleague at Merkle|RKG, Mark Ballard, wrote an excellent piece regarding how the buy button would work, as well as outlining advertiser concerns and how the details recently released do help to assuage them.

Whatever form the buy button experience eventually takes, it is clear that this update is aimed at giving mobile searchers a more streamlined purchasing experience than what is currently possible.

This is because the quality of the user experience can suffer even when placing orders on mobile-friendly sites, as users are required to go through typing out all of their billing and shipping information for each site they make a purchase from.

Enter the buy button, where users need only give Google their payment information once and have it stored for later purchases.

If Google is able to get the buy button to catch on and enhance the conversion process, the value of their own search engine on mobile devices again goes up, which can draw more users and advertiser dollars.

Just like with the mobile-friendly algorithm update, this would be a mutually beneficial change for Google and advertisers, but this time with Google making the investment in providing their own property through which users can buy from online retailers.

Google has proven throughout the past decade and a half that it knows how to give users a great experience. The past five years have brought a new challenge in the rise of mobile device traffic, with less real estate to work with and plenty of terrible websites providing searchers with poor experiences once they click through.

Google is clearly making steady gains in its own product design, such as adding the PLA carousel and redesigning results to be more tiled and easily distinguishable on mobile devices.

But regardless of device, Google needs to continue to drive up the quality of its results (both paid and organic) and the quality of the user experience in order to maintain its position as the fulcrum of the Internet.

The company is in what seems to be a unique position to shape the internet around the world. Only time will tell if it’s able to leverage this effectively.