The Art Of The Follow-Up Post In News & Article Publishing

Classic linkbait campaigns follow a “throw it up against the wall and see if it sticks” model. Which begs the question: what do you do when it does stick? Let’s say you’ve written a solid piece of linkbait, and you’re ranking on page one for a topical head or near-head term. So what do you do next? […]

Classic linkbait campaigns follow a “throw it up against the wall and see if it sticks” model. Which begs the question: what do you do when it does stick? Let’s say you’ve written a solid piece of linkbait, and you’re ranking on page one for a topical head or near-head term. So what do you do next?

Well, one way to think about the situation is that you have a temporary landing page with strong topical authority.

Particularly given the latest algorithm update, your odds of a short-term success are a lot better—and the price of resting on your laurels is that much higher. But here’s the good news: Google is still ranking topic pages, not just news stories. (Just Google any celebrity’s name and see.)

So, how do you keep your page fresh?

Let’s say you’ve written a solid, well-researched, and attention-grabbing piece focused on a great keyword. Fantastic. Google can tell you exactly what to write next: type your keyword into Google, hit space, and scan the suggestions—every one of them is a follow-up waiting to happen. 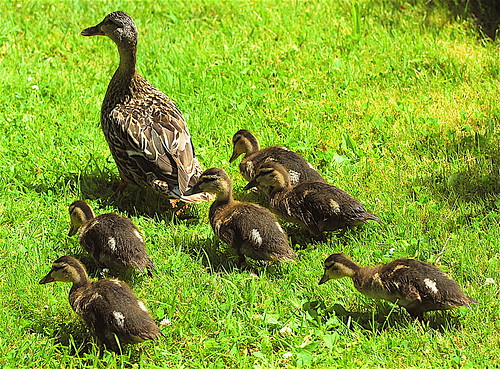 It gets better: you can also test out related topics, and see which search suggestions are missing. Google Suggest’s dirty little secret is that they lean on new content, not just search query data.

If people aren’t searching for a simple variant of an emerging keyword, you can write about that variant and literally shift searcher behavior.

The problem with reporting news is that you eventually run out of it: no story keeps happening forever. When things slow down, there are two easy angles you can take:

As long as it’s original content, on topic, and accurately timestamped, it’s going to look like a continuously updated story. And it’s helpful to readers, too: people who search for a topic right when it gets hot are more likely to be subject-matter experts; the amateurs get active later in the news cycle. So it’s safe to be repetitious, if you’re saying similar things to different audiences.

Here’s a trick perfected by Business Insider, champions of fast-twitch news reporting. If you have a story that’s really taking off, post it to Twitter again—this time, swap your headline for a pull quote. If it’s a great story, it’s going to stay quotable; the better the story, the more times you can get away with this.

I always wondered what a “McRib” was made of. Now I know http://read.bi/uOow21

THE McRIB: A “restructured meat product containing a mixture of tripe, heart, and scalded stomach” http://read.bi/uOow21

Same article, obviously. One headline is straight to the point: one’s a little gross but very good at grabbing attention. (And it doesn’t hurt that McRibs are in the news.) A quick hit like this can revive a flagging article. Don’t abuse it—but you’ll be surprised at how much you can get away with.

After Google’s freshness update, we’re doing News SEO whether we like it or not. Google is pushing for a faster, more reactive Web, with a SERP that looks more like a news feed or a Twitter stream. And part of that means keeping the story moving, not just reporting it once.

Fortunately, they’ve equipped us with the tools to do that exceptionally well.