Google: 44 Percent Of Searches For Last-Minute Holiday Gifts Will Be Mobile

Google has done some calculations based on mobile query growth patterns over the past few years and come out with a remarkable projection for the coming holiday shopping season: “44 percent of total searches for last minute gifts and store locator terms will be from mobile devices this holiday season based on historical growth rates.” […] 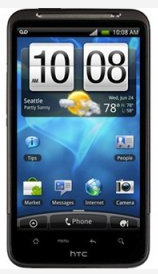 Google has done some calculations based on mobile query growth patterns over the past few years and come out with a remarkable projection for the coming holiday shopping season: “44 percent of total searches for last minute gifts and store locator terms will be from mobile devices this holiday season based on historical growth rates.”

Let’s be clear on what Google is saying. The company believes that 44 percent of ALL searches (total volume) in the US will be generated by smartphones. This holds fairly some self-evident and dramatic implications for paid search and SEO. For example, on the smaller screen only the top ad positions matter and the same is true for SEO.

If you look at the chart below you see the same pattern in 2009 and 2010. The obvious difference between the two years is the much greater volume in 2010. It should be even greater this year. Google adds that people who are doing searches for products and store locations on mobile phones are more likely than others to actually show up later and buy something.

Citing data from a 2011 AdMob survey the company says that 65 percent of respondents answered “yes” to the following question: “Have you used your smartphone to find a business, and then made a purchase at that business-in-person?” But there’s lots of other data that validate the directional accuracy of this “mobile search-to-store” user pattern.

Google told me that its survey also showed both smartphone and tablet users intended to start their shopping (presumably on those devices) before Thanksgiving this year. Taken together what all this means is that marketers need to be ready for people doing a large part of their shopping on mobile devices and smartphones in particular. But they also need to be conscious of the growing audience of mostly iPad users as well. (Tablet users are often more engaged and spend more than other categories of online shoppers.) Beyond SEO and paid search ads, these data mean there’s an imperative to optimize your web presence on these devices — think HTML5, apps and landing pages.

Google’s Michael Slinger and I discussed how a large majority of Google’s major advertiser-clients (79 percent in February of this year) still don’t have an optimized mobile presence. Time to get busy.

These data, as well as a near flood of other information coming almost daily, show unmistakable and accelerating consumer adoption of mobile. And those retailers and marketers that aren’t yet fully optimized for mobile or don’t have a mobile paid search strategy (separate from the PC) are way behind — and will lose sales.

Time is running short to catch up for this year’s holiday shopping.