As with many people, I started 2010 with many good intentions, one of which was to ensure that my first post of the new year wasn’t about Twitter, and was full of practical tips on how to make the best use of social media to build your brand. Unfortunately, as with so many resolutions, mine […]

As with many people, I started 2010 with many good intentions, one of which was to ensure that my first post of the new year wasn’t about Twitter, and was full of practical tips on how to make the best use of social media to build your brand.

Unfortunately, as with so many resolutions, mine hasn’t lasted very long, in my case due to some comments from Ricky Gervais, who, after just 6 tweets, anounced that he was quitting the service:

I just don’t get it I’m afraid. I’m sure it’s fun as a networking device for teenagers but there’s something a bit undignified about adults using it. Particularly celebrities who seem to be showing off by talking to each other in public.

If I want to tell a friend, famous or otherwise what I had to eat this morning, I’ll text them. And since I don’t need to make new virtual friends, it seemed a bit pointless to be honest.

Now I happen to agree with his point about celebrities, and feel that the way many have jumped on the Twitter-wagon, building their own profiles in the process, can be slightly nauseating. Especially when so many of them simply bring their broadcast mindset to a dialogue based tool.

But his suggestion that Twitter is simply somewhere for teenagers to share what they had for breakfast is so wide of the mark that it demands a response.

The idea that Twitter is simply a glorified version of Facebook’s updates, used for nothing other than posting inane tidbits from people’s lives, is not an uncommon one, and one that many share. But it also betrays a complete lack of understanding of what Twitter offers. As Gervais himself says, he just doesn’t get it. 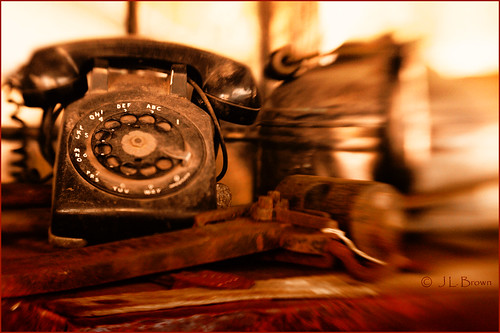 In essence, Twitter is just a tool for communicating with others, nothing more, nothing less. But then again, so is a phone. Would people say “I’m not going to use a phone, if I want to talk to my mates, I’ll do it in person”? Of course they wouldn’t. Because a phone is only as interesting as the things it’s being used for.

Need to check whether a store has an item in stock? Use a phone. Need to connect with friends and relatives on the other side of the world? Use a phone. Now swap the word phone for Twitter and you start to see quite how wrong Gervais is.

For just as a phone is an endlessly versatile tool, one that made distance a thing of the past, and which is now driving the Internet into previously impenetrable areas, such as rural India & Sub-Saharan Africa. In the process of transforming businesses such as banking, Twitter is only limited by its users’ inventiveness.

It can be used to source information, crowdsource investigative journalism, raise money for charity, connect with like-minded peers and, yes, occasionally tell people what you had for breakfast. It’s proving to be a valuable tool for individuals, entrepreneurs, businesses, both small & large, politicians, charities and even historical buildings.

Of course this doesn’t mean that Twitter will be right for everyone or every brand. But writing it off as a waste of time is like throwing away your phone because you don’t like being cold-called and makes me wonder whether there’s more David Brent in Ricky Gervais than he might like to think.