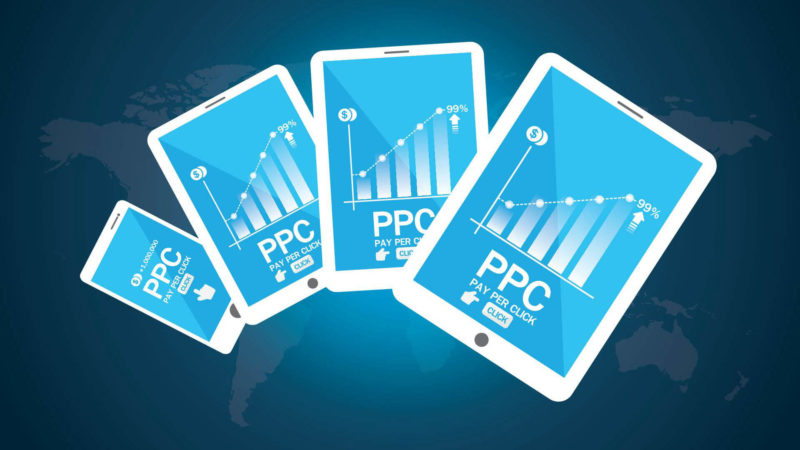 What’s old is new again in 2015, sort of. Even as advertisers and the engines try to keep up — much less get ahead of — users’ mobile absorption, PPC many managers are entering a three-platform world again. Granted, Yahoo Gemini accounts for a very small share of the overall search pie, but the new deal with Microsoft means it is getting on the radar. Bing is expected to hit profitability in the next year, following two quarters of solid ad revenue growth. And the steady giant Google says mobile search is doing just fine, thank you very much.

Here’s a look at the 10 biggest announcements and changes to come from the paid search platforms in the first half of 2015, ranked in no particular order of importance.

In Q1, Google pointed to YouTube’s cheap ad clicks as the chief cause for the declining CPCs on its own sites after all these quarters. In our keynote discussion with AdWords VP Jerry Dischler at SMX Advanced, he said it’s been YouTube clicks, not mobile search, causing the falling CPCs all along.

Wall Street responded positively to Google’s quarterly earnings ending June 30 after the company missed expectations of the first quarter. Though much of the optimism stemmed from improved net earnings and the efforts of new CFO Ruth Porat to shore up spending, analysts were also pleased with revenue and click increases. After 5 quarters of declining growth, clicks rose 18 percent year-over-year.

Bing appears to be getting a company-wide embrace under CEO Satya Nadella. In what would be a major milestone, Nadella said on the latest earnings call that “Bing will transition to profitability in the coming fiscal year,” Recode reported. Search ad revenue climbed 21 percent year-over-year in the company’s fiscal fourth quarter ending June 30 as well as the 3rd fiscal quarter.

Sure, we knew this was coming, but in May, Google confirmed that more searches are conducted on smartphones than desktops and tablets in 10 countries, including the US and Japan. Google made the announcement official during a livestreamed event in which it introduced several mobile-centric ad formats and tools (more on that below).

Google concluded that the linear path from discovery to purchase has been replaced with “micro-moments” in which we use our phones in bursts of activity.

These stats underlie many of the changes instituted so far this year, which brings us to…

Google introduced several new mobile ad formats as a result of the findings above in the first half of the year.

Verticals: Automotive, hotel and insurance and mortgage each got new mobile-centric ad treatments this spring. The automotive ads are heavy on car interior and exterior images that users can swipe through and include a link to a list of nearby car dealers, shown in a new mobile ad pack. The hotel ad update features “Book a room” ads for hotels and online travel sites. Nearby businesses: Search for businesses “near me” and you may see a pack of up to four local business ads. Tap to get directions or call the business

Call-Only Ads: These have to be set up in their own campaigns now, but Call-Only ads display a phone number in the headline and clicking anywhere on the ad prompts a phone call. Calls can be counted as conversions.

4. Back To The Future With 3-Platform Search: Yahoo Gemini & A New Yahoo-Microsoft Search Deal

In April, at the five-year point, Yahoo and Microsoft renegotiated the 10-year search deal. In the original agreement, Yahoo gave up its search technology, and desktop search ad inventory was delivered by Bing Ads. In fact, up until the launch of Yahoo Gemini in 2014, Bing Ads also served Yahoo’s mobile search ad inventory even though mobile wasn’t explicit included in the deal. With the new arrangement, Yahoo can serve ads on mobile and up to 49 percent of desktop traffic from Gemini or other partners — like Google — on its sites. Bing Ads launched a tool with which advertisers can monitor the overall share of click volume coming from ads served by Bing Ads versus Yahoo on a weekly basis. As of last week, Bing Ads drove 89 percent of click volume on the Yahoo Bing Network, according to the tool. The other implications beyond managing another ad platform is that larger (premium) accounts that had been working with Yahoo reps only will now work with sales teams from both Bing Ads and Yahoo.

Destination URLs became Final URLs once and for all in AdWords as of July 1st. The transition means that ads can retain performance history and won’t be sent back for editorial review when changes are made to the new tracking template. New custom parameter fields also make it possible to scale tracking parameter assignments and create your own tracking criteria.

Bing Ads quickly responded that it would add support for Upgraded URLs from both AdWords imports (in May) and within the Bing Ads platform (by end of summer).

AdWords Editor 11 was technically launched in December, but it became the only supported version at the end of June. In May an update included support for labels, call-only ads and upgraded URLs along with some other features.

For the most part, I like the new Editor and haven’t experienced some of the bugs others have reported. That said, Melissa Mackey’s complaint about the reworked navigation is spot on. It’s awkwardly time-consuming.

Instead of having to add yet another code to your site, Retargeting List for Search Ads (RLSA) are now integrated with audiences in Google Analytics. Beyond the coding headache, Google Analytics offers much more powerful list building options for RLSA. There are are limitations due to privacy concerns to be aware of (covered in the previous link).

Price pressure in PLAs became a bigger deal under a number of tests this spring and early summer. Google tried out low price messaging in a number of ways. First there was the Value Alert notice in May, followed by a Percent Off test, and finally “Great Price” messaging. 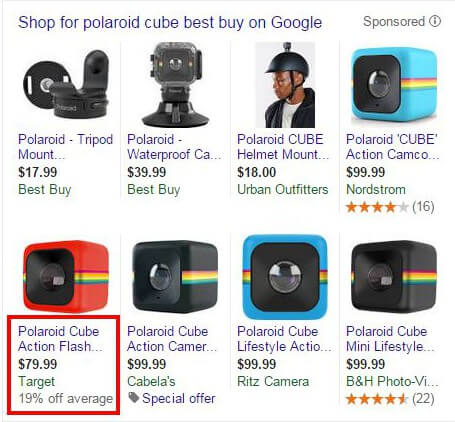 The notices always appeared in the same line as (and often in place off) rating stars and special offer extensions.

For e-commerce marketers, Purchases With Google is probably the most anticipated development of the year so far. I can’t say anything good about the name, but the experiment itself will be fascinating to watch. Rolling out with a few dozen or so retailers across a number of industries, eligible ads will feature a “Buy On Google” next to the product image in Google PLAs on mobile devices. Users can click on the ad and buy right from a gateway page using payment info stored in their Google account.

The move follows on a “buy button” trend with Facebook, Twitter and Pinterest all in various stages of testing ways to make shopping right from the sites easier for consumers and thus more profitable for advertisers.

10. Apps For Bing Ads and AdWords Arrive — And You Need Two Different Phones

First AdWords came out with an app in March to monitor campaigns and do some light management, available only on Android devices. Then, Bing Ads launched its own app in April to do similar levels of management, available only on iOS devices. So while it’s nice to be able to check out what’s happening in your accounts on the fly, juggling two different phones to do so is not ideal. Both teams have said a version for the other operating system is in the works but haven’t offered any timelines.

In April, Bing followed on Google’s lead to force close variants on advertisers and changed up how negatives relate to keywords. It also enabled “Unified Device Targeting” — otherwise known as Enhanced Campaigns — which was the final nail in the coffin for being able to target smartphones in separate campaigns. The one difference on Bing is that there is some control over tablet bidding. Tablet bid adjustments can range from -20 percent to +300 percent of the desktop bid.

We first heard about Bing’s impending move to test native ads — which take on the look and formatting of the content around them — on MSN.com in Feburary. The company officially announced the beta roll-out in the US this month.

Similar to Yahoo Gemini, advertisers will manage Bing Native Ads alongside search ads in the Bing Ads interface. Targeting by location, device type, time of day, day of week and site remarketing are supported. Reporting and conversion tracking are available through the Bing Ads UI as well. There were a number of UI updates in both AdWords and Bing Ads — for one, the new campaign and ad group dimensions tab reports in AdWords and automated rules in Bing Ads and new home overview page are a few of the handy updates.

Google also introduced Dynamic Structured Snippets and re-tooled the dynamic search ads interface. We’ll continue to see more dynamic ad formats and automation. Jerry Dischler also quickly mentioned that the team is working to overhaul the AdWords interface at SMX Advanced. No word on timing, but one of many things to look for, perhaps in the second half of 2015.

While not search specific, in a big advancement for measuring display advertising Google Estimated Total Conversions can now count conversions that include apps in the conversion path — including between apps, between a website and an app and vice versa, and across devices. Prior to the change, only browser-based paths were counted.

If you think we missed anything, let us know in the comments.