6 Tips For Reducing The Impact Of Duplication For Global Websites

If you’re running a website which is published in anything from 20 to 170 countries, you have a mighty task ahead of you. One small update on a small part of the global content can result in a mammouth roll-out task to cover all the markets you publish in and create both cost and headaches […]

If you’re running a website which is published in anything from 20 to 170 countries, you have a mighty task ahead of you. One small update on a small part of the global content can result in a mammouth roll-out task to cover all the markets you publish in and create both cost and headaches for the team responsible.

Is it any wonder that the publishers of global websites look for solutions that save time, but most especially cost; and there are many ways of reducing cost:

Of these three options, it could be argued that using automated on the fly translation such as Google Translate, would do the least amount of damage to your international SEO and SEM.

The Techniques Which Help To Reduce Duplication

The first point to make is that hitting the duplication filters does not necessarily mean you have incurred a penalty. For many, the only result of having a site-based duplication problem is that the wrong page shows up to the wrong user.

A visitor to German-speaking Austria for example, might see a page from Germany with German stores, suppliers or resellers rather than the right content intended for Austria itself. 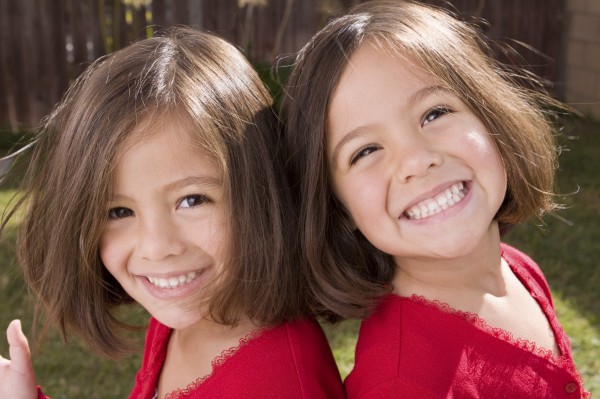 Duplication Can Be Good But Too Much Is Bad News

Where duplication becomes a problem is if “Panda”, the so-called machine learning technique which Google is deploying to improve the quality of sites listed in its index, discovers the duplication and reads it as an indicator of a site with poor quality.

This might happen if there is a significant degree of duplication which is adding little value or is not relevant to the users on the receiving end.

Google engineers have been quoted from various conferences as saying that using ccTLDs or local domains helps with duplication. I can confirm that, having seen local domains and dot-coms deployed across a great many international websites, local domains do indeed go a long way to solving this type of problem, as well as having other benefits.

What’s happening is that a visitor from, say, Argentina who is searching in Spanish via Google Argentina is no longer seeing website links from Spain appearing in their results, but those from the correct site for Argentina. The geo-targeting effort is beginning to properly target the geo, so to speak.

This is much more controversial – you might want to grab a coffee or whisky before continuing!

Let’s just suppose that, although you are required to publish in Angola, it’s not at the very top of your target list. Angola is a Portuguese-speaking country, but you might actually be more interested in increasing the levels of traffic from Brazil.

What you can do in this situation is ask search engines to no longer crawl your Angolan content using No Index tags or the Robots.txt protocol. What this means is that you still maintain a copy of your website for Angola (using an identical copy of the one for Brazil) but instead of finding that Angolan website in search engines, you find the Brazilian version.

You can also use the “rel=”alternate” hreflang=”x” ” tag along with rel=”canonical” or 301 redirects to achieve a similar effect.

Why bother doing this? You would do this to reduce the impact of duplication and in turn with the aim of achieving better results from Brazil itself.

Instead of focusing on cost, you could start to focus on ROI. What that means in this context is that instead of running websites in English or copies of a language for a particular country, you withdraw it altogether.

Certainly for anyone on the global trail, it makes sense to move country by country and to target those countries with websites where having that website means you will be able to make a return. Don’t launch websites just to get a tick in the box!

4. Rewrite It Or Retranslate It?

Rewriting content is not popular with marketers because that also brings its own cost. Translating content into multiple versions of the same language is often more cost-effective than re-writing and fits in with existing systems.

Readers of this column may be surprised to see the “Use Google Translate” heading — but let me explain why it is here. It’s certainly NOT in this list because I think it’s a good idea. It’s here because many don’t understand that Google Translate does things on “on the fly”. The relevant pages cannot be crawled, as they don’t actually exist until the user requests them.

What this means is the Google Translate doesn’t cause duplication problems. There may even be a case for using it in markets you are NOT targeting, to service the rare customers you have there. It’s definitely not the way to target a country to actually drive growth there but by removing duplication can help other markets.

6. Live With It Dude

For the less serious examples of duplication, the solution may actually be to put up with it. This might mean making some simple changes to the information displayed on the page.

For instance, if you know you’re French pages typically rank better in French-speaking Belgium, you may wish to add a clickable flash on the page which says, “Looking For Our Belgian Site?” and lead users to the right destination anyway.

The fact is that the duplication problem is not going to go away, for the simple reason that marketers looking for short cuts to avoid cost are likely to run up against a search engine which sees short cuts as typical of the techniques used by spammers and therefore a legitimate one for them to treat as a form of trash!